Home Ethiopia Ethiopia: Egypt has yet to confirm Al-Sisi's visit to Addis 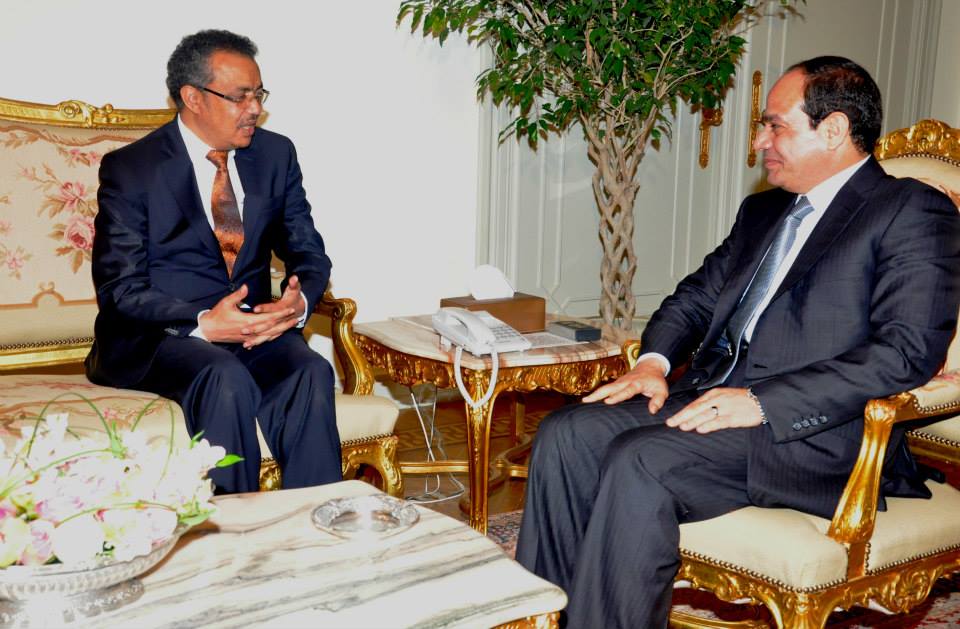 Cairo (HAN) June 15, 2014 – The Ethiopian Foreign Ministry reported that, Ethiopia had noticed a shift in Egypt’s stance regarding its multi-billion-dollar hydroelectric dam, currently being built on the Nile’s upper reaches, which Cairo has long feared would reduce its traditional share of water.

“Egyptians have begun to show willingness… to resolve the Nile water dispute through dialogue and in a spirit of cooperation and good neighborliness,” Ethiopian Foreign Ministry spokesperson Dina Mufti told a weekly press briefing.

The remarks came shortly after Foreign Minister Tedros Adhanom announced that newly-inaugurated Egyptian President Abdel-Fattah al-Sisi would visit Ethiopia within the coming two weeks.
According to Mufti, al-Sisi will visit Ethiopia “not because he was invited, but to show his desire for amicable relations.” 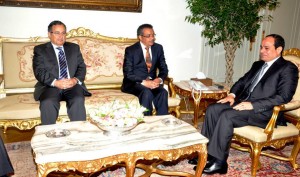 Mufti cited recent remarks by al-Sisi in which he voiced his readiness to visit Ethiopia “not once, but ten times” for the sake of the two nations’ shared interests.
The Egyptian government has yet to confirm al-Sisi’s visit to Ethiopia.
Relations between Cairo and Addis Ababa soured last year over Ethiopia’s construction of a $6.4-billion hydroelectric dam on the Blue Nile. The project has raised alarm bells in Egypt, which relies on the river for almost all of its water needs.
Water distribution among Nile Basin states has long been regulated by a colonial-era treaty – which Ethiopia says it has never acknowledged – that gives Egypt and Sudan the lion’s share of river water.
During his Sunday inauguration speech, al-Sisi said he would not allow the dam’s construction to adversely affect Egypt’s relations with Ethiopia – a gesture welcomed by the Ethiopian government, Sources ENA.