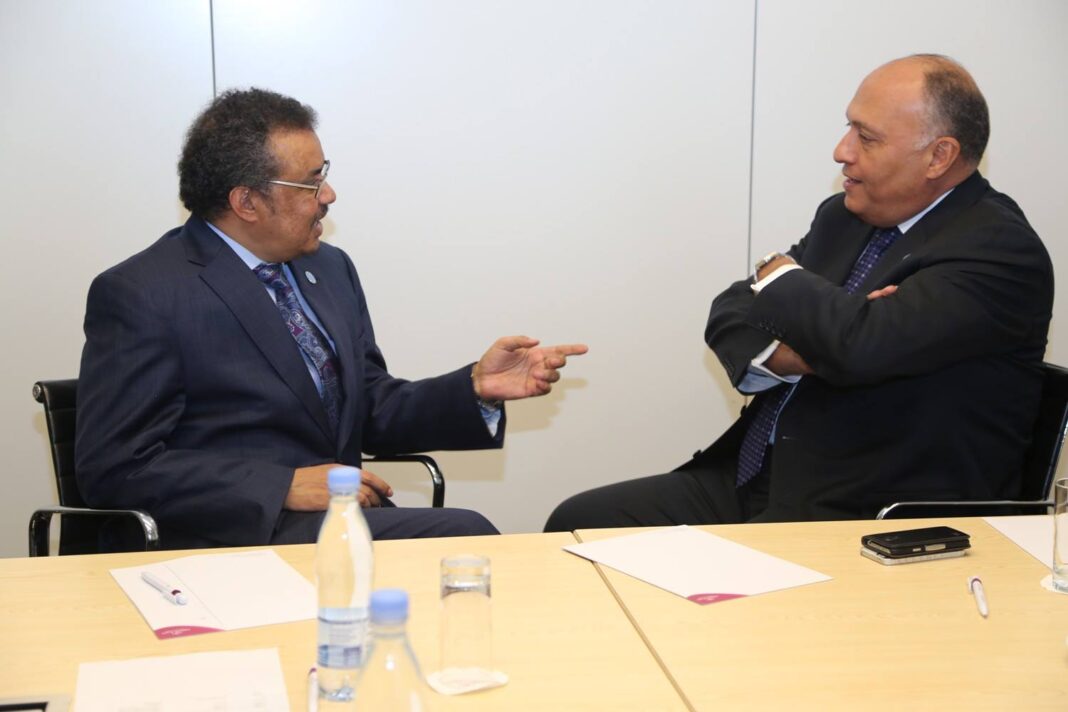 Egypt has objected to the storage capacity of Ethiopia’s Grand Renaissance Dam, currently under construction, which it fears will negatively affect its Nile water share.
Alaa Yassin, spokesperson on the Ethiopia dam issue for Egypt’s irrigation ministry, called for decreasing the dam’s capacity, currently set at 74 billion cubic metres, saying this will have an adverse effect on Egypt’s water supply.

Yassin stated, according to state news agency MENA on Sunday, that his country’s “studies” on the dam have shown that the capacity is “unjustified” and “technically unacceptable.”

In October, Ethiopia said it had completed 40 percent of the construction necessary for its $4.2 billion dam project, adding that the first stage of the dam will be operational from June 2015. The 6,000 megawatt dam, set to be Africa’s largest, is expected to be completed by 2017.

Egypt, Ethiopia and Sudan have created a tripartite committee to conduct negotiations on the dam, a source of concern for Egypt.

Ethiopia is building the dam on the Blue Nile, the Nile’s most significant tributary, supplying most of its water

The committee is expected to meet mid-January to choose an international firm to conduct studies on the dam’s impact. This meeting has been postponed twice while some firms have withdrawn from the pool of prospective candidates to conduct the study.

In previous statements, Egyptian officials have said that there are several technical issues that could be discussed with Ethiopia should the anticipated report reveal that the dam will diminish Egypt’s water supply.

Egypt will likely need an additional 21 billion cubic metres of water per year by 2050, on top of its current 55 billion cubic metre quota, to meet the water needs of a projected population of 150 million, according to Egypt’s National Planning Institute.