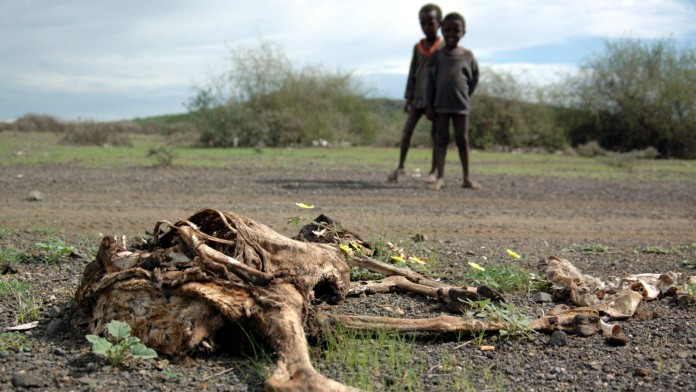 Ethiopia is experiencing one of its worst droughts in almost fifty years, in part because of a particularly strong El Nino weather phenomenon, which is affecting dozens of countries in eastern and Southern Africa. The United Nations says more than ten million people are affected across Ethiopia and that figure could rise to 15 million by halfway through this year.

The Ethiopian government has appealed for 1.4 billion dollars. Aid agencies are now warning that the situation could get even worse if they do not get urgent assistance by the end of this month. The BBC’s Emmanuel Igunza has visited some of the worst affected areas in eastern Ethiopia.