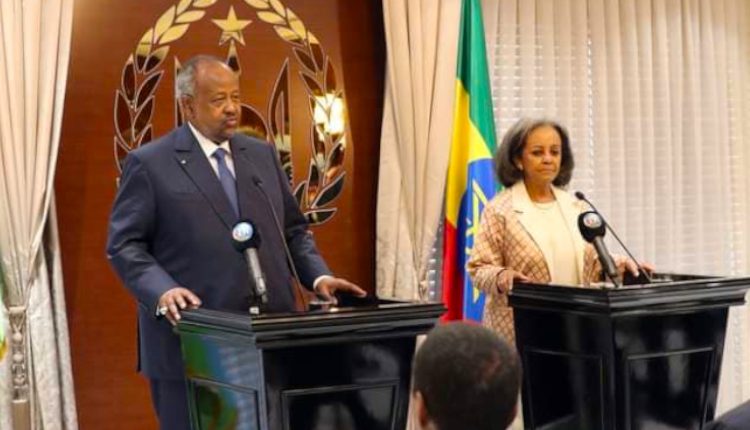 President Sahle-Work Zewde made the remark during a press statement she gave with her Djiboutian counterpart, President Ismail Oumer Guelle on Sunday November 29, 2020.

President Sahle-Work, extending her heartfelt gratitude for the warm welcome accorded to her and the delegation, praised the ever growing ties between the two countries as remarkable.

In her opening remarks, she conveyed Prime Minister Dr. Abiy Ahmed’s greetings to the Government and People of Djibouti as well.

The President has expressed her government’s unwavering commitments to further strengthen the strategic cooperation with Djibouti on multifaceted areas.

According to Foreign Affairs Minister, President Ismail Oumer Guelleh, welcoming the President to her second home, underscored the need to use the successes recorded to serve as a dynamics to upscale the partnerships in all areas of common interest.

President Ismail commended the Ethiopian government for its remarkable efforts to uphold the rule of law in Tigray region.