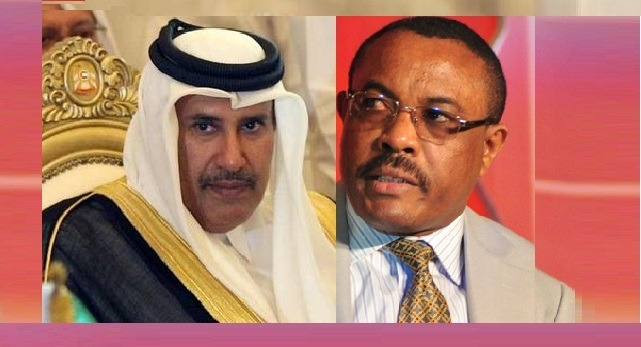 Addis Ababa (HAN) July 27, 2014. Diplomacy to minimize threats in the region. For the last eighteen months, there seemed to be a cascade of challenges that have, at different times with Ethiopia and Egyptian diplomatic issues, threatened the holding of the Arab League summit with Ethiopia.

Besides diplomatic hiccups, leaders attending the future Arab summit will need to work around – or with – two key issues that are likely to influence the discussions with Ethiopian government:

Nile Dam Issues and the threat of Islamic Terrorism from the Gulf.  Besides regional diplomatic and security issues, Arab League Ambassador in Ethiopia is encouraging Arab States, specially gulf states to strengthen ties with the new federal government of Ethiopia.

Ambasssador Saleh Sahabun, Arab League Ambassador to Ethiopia and the African Union, disclosed that the organization is striving to encourage Arab countries to strengthen ties with Ethiopia. As part of this effort, Ambasssador Saleh Sahabun said, preparations were underway to celebrate an ‘Arab Week’ in the near future in a bid to further consolidate relations in social and cultural areas.

Ambassador Sahabun said that as Ethiopia was the seat of the African Union and United Nations Economic Commission, many Arab countries were working to promote their ties with Ethiopia in economic, political and social cooperation. He noted the fact that 16 Arab countries had opened embassies in Ethiopia as a manifestation of their desire to consolidate their bilateral ties.

This, Ambasssador Saleh Sahabun said, was evident in the massive investment being undertaken by investors from Sudan, Saudi Arabia, United Arab Emirates and other countries. Ambassador Sahabun also welcomed the decision by the new leadership in Egypt’s decision to continue with the tripartite dialogue to resolve issues over the construction of the Grand Ethiopian Renaissance Dam. He said the Arab League appreciated Ethiopia’s role in combating terrorism and pacifying the region and it wanted to work closely in economic, political and social issues. The Arab League opened an office in Addis Ababa in 1968.