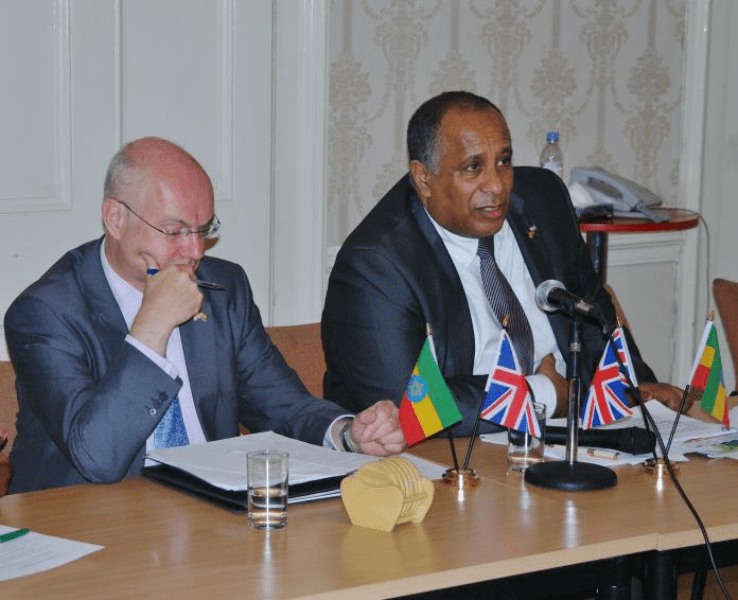 In an exclusive interview with Ethiopian News Agency, the British Ambassador said the development in Ethiopia is “very impressive” and “potentially sustainable” as well if the government continues to take the right decisions.

The economic growth in Ethiopia has been accompanied by a huge social investment in human development.

The British Ambassador to Ethiopia Greg Dorey appreciates the strides that have been taken in improving the health, education and social wellbeing of the people.

“Of course this has been accompanied by a huge social investment in human development which is equally important. And you can see the tremendous strides that have been taken in improving the health, education and social wellbeing of the people in Ethiopia really is very acknowledgeable; what has been done in a relatively small space of time.”

“Ethiopia is still a poor country so that work needs to continue.” he added.

“So I have to say everything is moving in the right direction; it just needs the right decision to be taken to continue those achievements.”

The British Ambassador to Ethiopia Greg Dorey expressed hope that the economic growth in Ethiopia will continue to benefit the people through job creation and sustainable development.

The bilateral relation between Ethiopia and UK is ‘very diverse, mutually beneficial and very good,’ according to the Ambassador.

“Our bilateral development cooperation is the biggest such program in the world for Ethiopia it has been for some years and I expected to continue to be.”

Climate change is one of the areas where the two countries are working together.

The Ambassafor recognizes the efforts of the government to create a climate resilient green economy by 2025 and achieving a middle income status with zero carbon emissions.

The British Ambassador to Ethiopia Greg Dorey said the Climate Resilient Green Economy Policy of Ethiopia can be a model to other countries.

“It is an absolutely adorable policy. I could recommend it highly enough not just for Ethiopia but it’s a model to other countries as well.’

The UK government is putting 45 million pound sterling into this area partly into creating or enhancing institutions which deal with climate change both public and private. Ethiopian News Agency
Photo: Kebede (right) with British Ambassador to Ethiopia, Greg Dorey