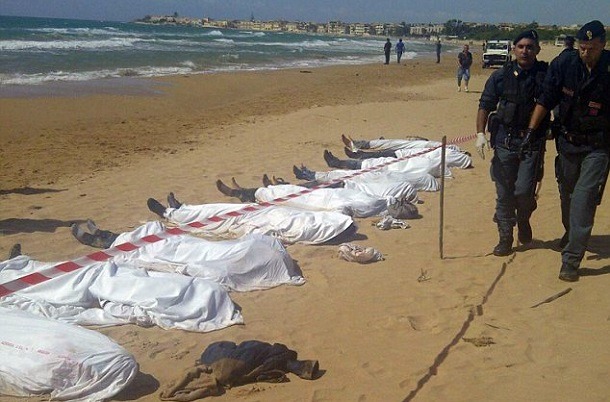 Djibouti (HAN) June 5, 2014 —  An Australian  man has been jailed for nine years after he repeatedly punched an Eritrean  migrant to the ground in a violent robbery in a train station alleyway, last October.

The Australian attacker, Timothy Williams, from Illawarra,  can be seen hitting the refugee so hard in his face that he required stitches in his left ear and lost a tooth, in CCTV footage shown in court on Thursday morning.
While his victim was on the floor, the 26-year-old continuously bashed the man as he tried to escape the unprovoked assault.
The Eritrean refugee had only been in Australia for five days after travelling from his native Eritrea – one of the most violent countries in the world – when he was set upon at Wollongong railway station, 82 kilometres south of Sydney.

Still The African immigrants; Eritreans, Somalia and Ethiopians found dead in Yemen. A Yemeni border security officials and witnesses say the bodies of dozens of immigrants, mostly from Ethiopia, Eritrea, Oromo, Afar and Somali  have been found on western Yemeni beaches after their boat capsized in the Red Sea.

Yemeni Witnesses said Monday that about 50 bodies were found starting Friday and buried near the town of Zoubab.

Mohammed Yahia, who witnessed the burial, says that residents brought a bulldozer and buried them in a mass grave.

The official, who could not be named in accordance with Yemeni practice, says the immigrants’ boat capsized. A second boat loaded with 45 migrants was seized and those aboard were arrested including Ethiopian, Somalis and Eritreans.

The African immigrants were planning to find a better life in  Saudi Arabia. (AP) and HAN sources.