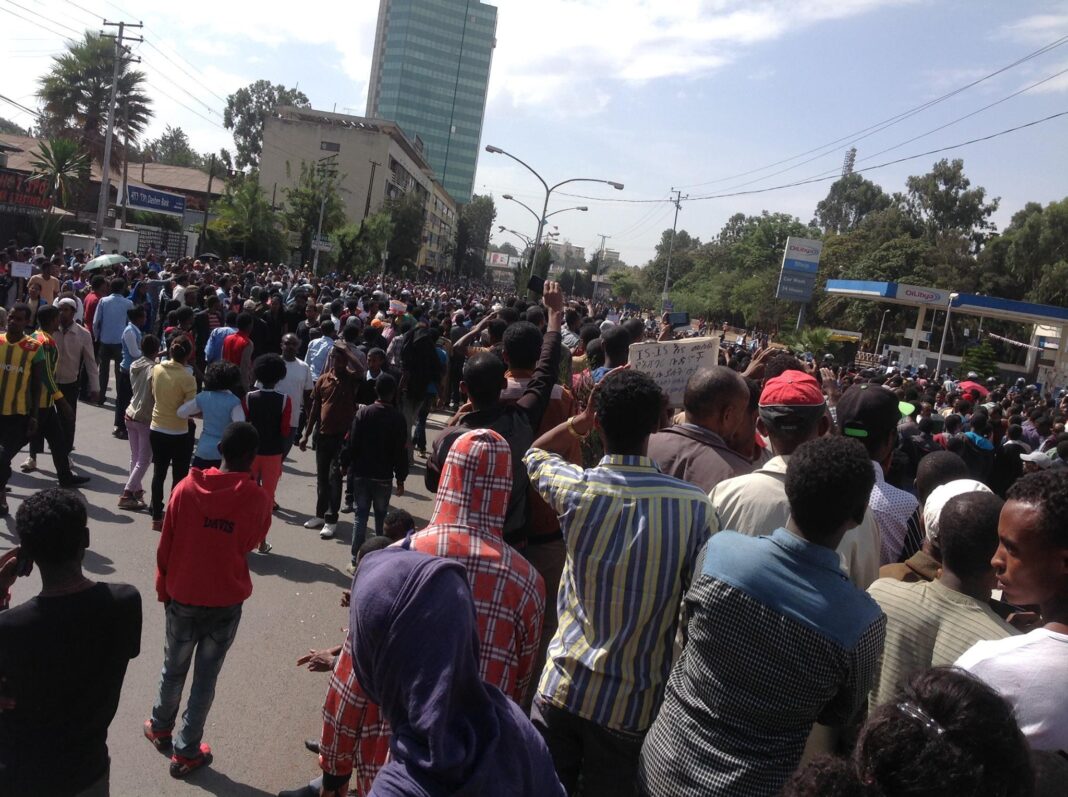 Addis Ababa (HAN) April 23, 2015 – Public Diplomacy, Regional defense and Security News. Hundreds of thousands of residents of Addis Ababa marched to Meskel Square in an angry protest over the brutal killing of Ethiopians in the hands of ISIS in Libya and xenophobic mob in South Africa over the week. The protesters carried placards that strongly denounced the utmost savagery showed by the group that calls itself the Islamic State of Iraq and Levant (ISIS).Demonstrators carried placards that read “ISIS never represents Islam”, Extremism and Terrorism is political agenda masked under religion” . In his address to the demonstrators, Prime Minister Hailemariam expressed his heart- felt condolences to the bereaved families. He said “ ISIS utmost savagery is a satanic act that has no religious basis and that need to be condemned by all people across the globe.” He said, the people of Ethiopia irrespective of their religious, ethnic,socio-economic and political differences should stand in unison to fight extremism and terrorism. He said the Government will leave no stone un unturned to bring about the ultimate demise of ISIS and its surrogates based on its strategy that centers on the participation of the public and in partnership with the international partners. He called on the Ethiopian people to fight budding terrorism at home also, which he said, is being nurtured by enemies of Ethiopia to make Ethiopia a place of destruction and strife. Prime Minister Hailemariam further noted that “The Government will undertake activities with the Ethiopian people and the international community aimed at punishing the terror group (ISIS) and its surrogates.” He called on Ethiopians to fight illegal traffickers and and any illegal travel to foreign countries that may risk their lives. He urged citizens to strive to work at their home country with dignity and full respect of their rights while also reiterating the Government’s utmost dedication to intensify the fight against poverty and expanding job opportunities. Similar demonstration were also held in major cities including Mekelle and Jigiga . A book of condolence is also opened at Ministry of Foreign Affairs and more than 28 Ambassadors had already signed.