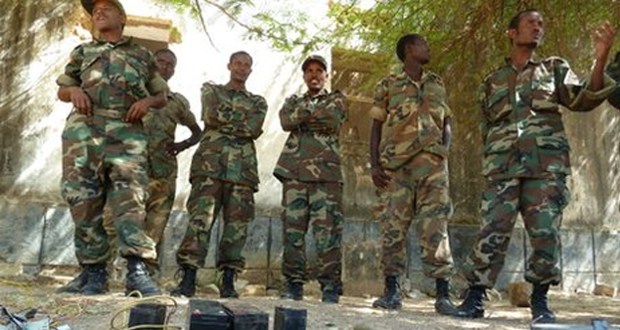 Bure and Quarit have become the latest towns in the Amhara region to join the protest against the brutal regime of TPLF that has now faced resistance from all corners of the Amhara and Oromo regions of Ethiopia.

One person was killed by TPLF forces on Friday in Bure while at least three others sustained injury as the forces rained bullets on the crowd of protesters, according to sources who spoke to ESAT. But the number of people killed in Bure could be two, sources told ESAT.

Stone throwing protesters in Bure attacked businesses affiliated with the regime, while in Quarit, protesters set a portrait of the late dictator, Meles Zenawi, on fire sending a message that they had enough of the regime. They have also hoisted the Ethiopian flag, replacing the loathed flag of the regime.

Sources said the local police were just watching and did not attack the protesters. In the Amhara region, local police and militia do not shoot at protesters. Armed Special Forces of the TPLF from Tigray were the ones perpetrating the killings, according to witnesses who spoke to ESAT.

In the town of Abdrafi, Special Forces from Tigray shot and killed a respected businessman Ato Tayachew as well as a member of the local force, Ato Berjalew who sided with the protesters and refused to take orders from the Tigrayan commanders. TPLF agents had kept an eye on Ato Berjalew and he had been followed closely before he was killed on Friday.

Having heard the news, residents of Abdrafi quickly picked up their arms and perused the forces from Tigray who took a hide in the nearby forest. One person who goes by the name Kiros was killed in the shootout. The exchange of fire between the two sides continued throughout the day, according to witnesses.

The source said the TPLF regime brought Special Forces from Tigray and dress them in the army’s uniform to carry out the killings of protesters in the Amhara region.

There has been an increase in the number of desertion in the army over the last several weeks. Military gears and other arms have been found in the bushes in Woleka and Genet localities which sources say belonged to the deserting soldiers.

Protest against the TPLF regime in the Amhara region has been spreading quickly to more towns; and some localities have been freed from the regime’s administrative control. They had set up their own administration that is comprised of respected members of the community.