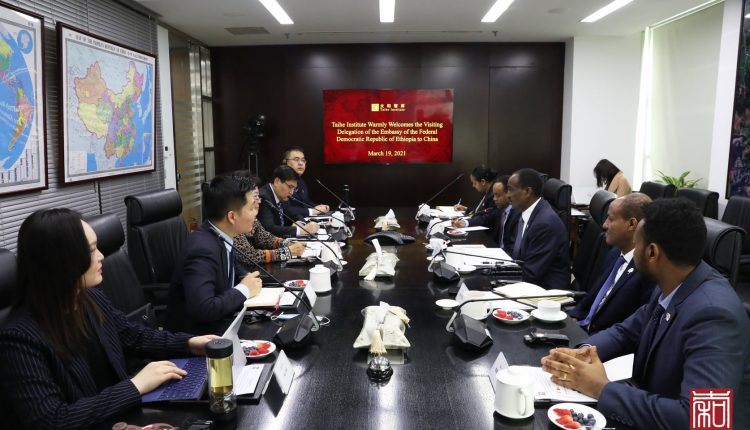 Ambassador Teshome briefed them about the law enforcement and rebuilding efforts in Tigray, the Ethio-Sudan border dispute, negotiations over GERD, upcoming general election and Ethio-China partnership.

The Government, in collaboration with partners, is delivering humanitarian assistance and restoring damaged infrastructures in the Tigray regional state, he said.

However, reports by some media regarding the regional state do not reflect the reality on the ground, the ambassador noted. He also thanked China for supporting Ethiopia at the recent meeting of the United Nations Security Council.

During the discussion, Ambassador Teshome also reiterated Ethiopia’s commitment to AU-led negotiation on GRED and resolve border dispute with Sudan through dialogue.

Regarding the upcoming election, he said, the Government has been undertaking all the necessary preparations to make the June elections free, transparent, credible and peaceful.

Ethiopia and China have been enjoying strong and good relations, he said, citing the celebration of the 50th anniversary of the start of their diplomatic relations last year as a case in point.