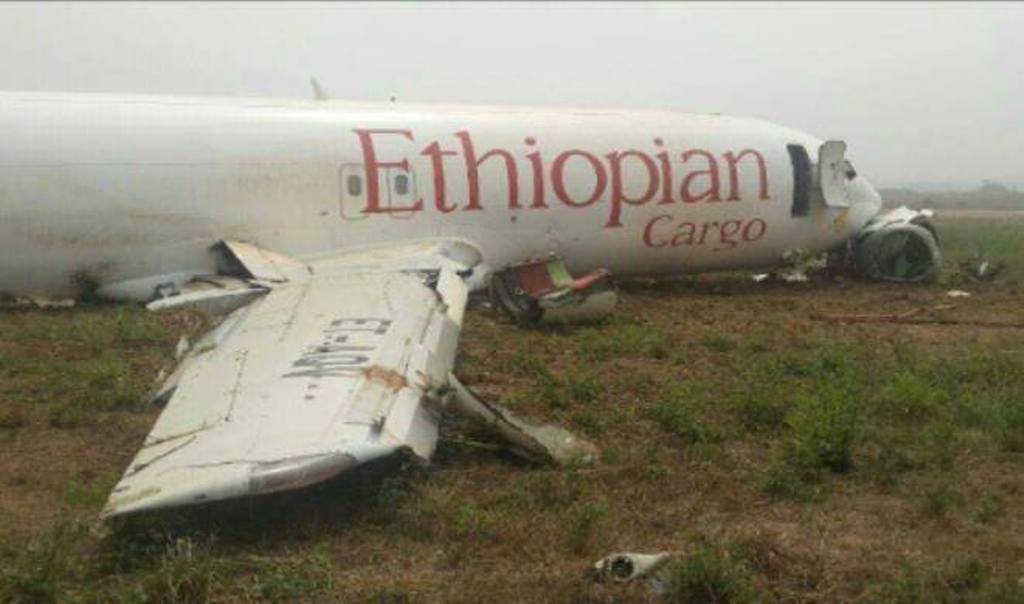 Bad News: Ethiopian Airways cargo plane from traveling from Lome, Togo to neighboring Accra, Ghana is said to have crash-landed at the Kotoka International Airport in Accra.

Ethiopian Airlines has one of best safety ratings in Africa. This incident has prompted members of the public to begin asking questions on safety standards at the Kotoka International Airport.
Airport officials say the incident occurred when the aircraft was attempting to land in a bad weather. Confirming the incident to citifmonline.com, the Corporate Communications Officer of Ghana Airport Company, Newman Quartey, said the incident happened around 11:05am on Saturday.
He said the cargo plane with flight No. ET -AQV which was on route from Lome, Togo to Accra, “skidded the runway” while trying to land safely.
He added that “the crew of three people on board the aircraft all survived the accident and are currently receiving treatment at the 37 military hospital.”

Photo: An Ethiopian cargo plane on Saturday crash-landed at the Kotoka International Airport.