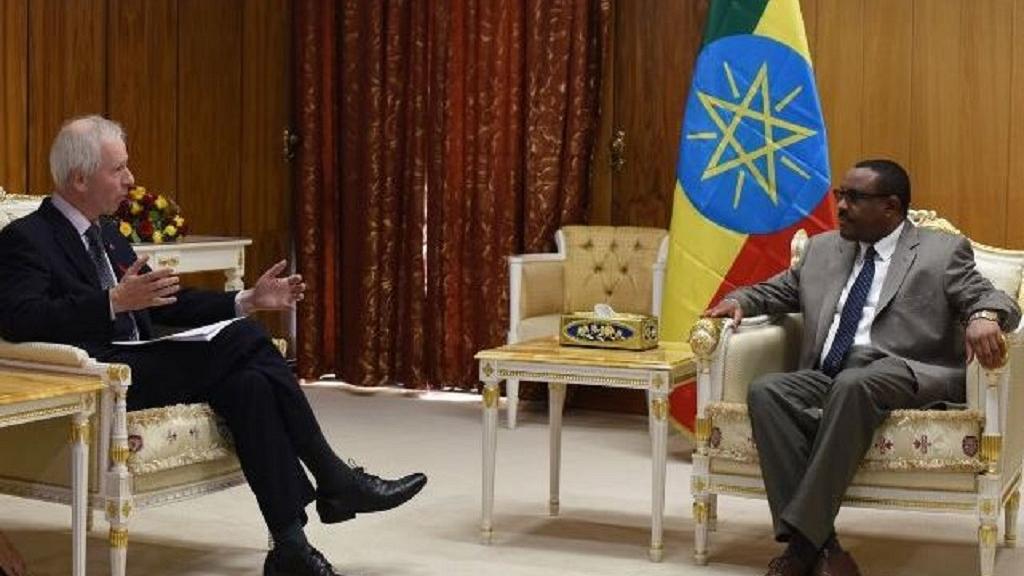 ADDIS ABABA (HAN) November 14.2016. Public Diplomacy & Regional Security News. Stéphane Dion, Minister of Foreign Affairs of Canada, who visited Ethiopia over the weekend reiterated his concerns over the deaths and violence arising from the recent unrest in east African country, particularly in the Oromia and Amhara regions, and underscored his support for all Ethiopians to engage in a peaceful and inclusive dialogue.

According to a report by Global Affairs Canada, the Minister participated in an in-depth exchange with civil society representatives, highlighting the need for democratic space, pluralism and respect of fundamental freedoms for any political dialogue to be successful. Minister Dion carried those messages into his meetings with the Ethiopian government.

“During my meetings, I stressed that more can be done to engage Ethiopians in the democratic process and to encourage the government to undertake real and constructive reforms. Canada calls on the Ethiopian government to make genuine improvements for the benefit of all of its people,” Stéphane Dion said in Addis Ababa.

The minister in his last leg visit to Africa had a meeting with Ethiopia’s Prime Minister Hailemariam Desalegn in which they discussed the current state of emergency and the critical importance of undertaking timely and meaningful reforms for the benefit of all Ethiopians—particularly its youth—in support of the country’s growth and prosperity, the report said.