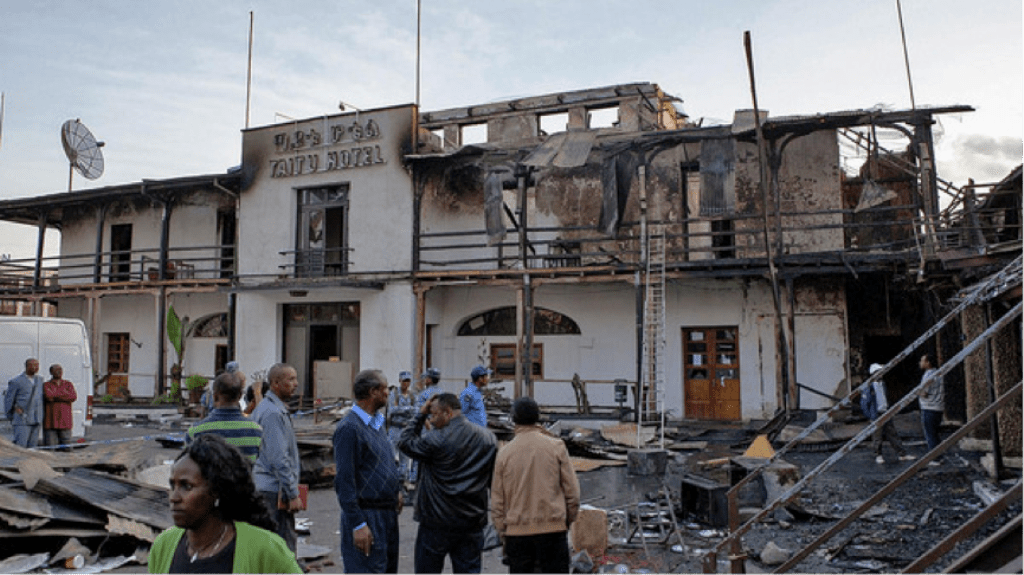 The Ethiopian intelligence agencies  found the group, while they are  recruiting, taking part in military training and conspiring to carry out terrorist attacks in Ethiopia to establish ISIS style group in Oromia, Somali zone, Afar zone and in Eritrea.

The ISIS style group founded by Two British nationals are facing up to seven years in an Ethiopian jail after they were accused trying to establish an Islamic State in the country.

British Foreign Office has confirmed the detention and is providing assistance

Geeska Afrika Online security reporter in Addis Ababa investigated sources and found that, Ali Adros Mohammad and Mohammad Sharif Ahmed, who have reportedly lived in London, have been jailed for between four and seven years after they were charged with terrorism offences in Addis Ababa.

“We would like to assure our diplomatic community in Addis that we are taking every step that al-Shabab will not have foothold, not only in the city but also in this country,” he said.

Geeska Afrika Online reporter will update you any additional information about this file.