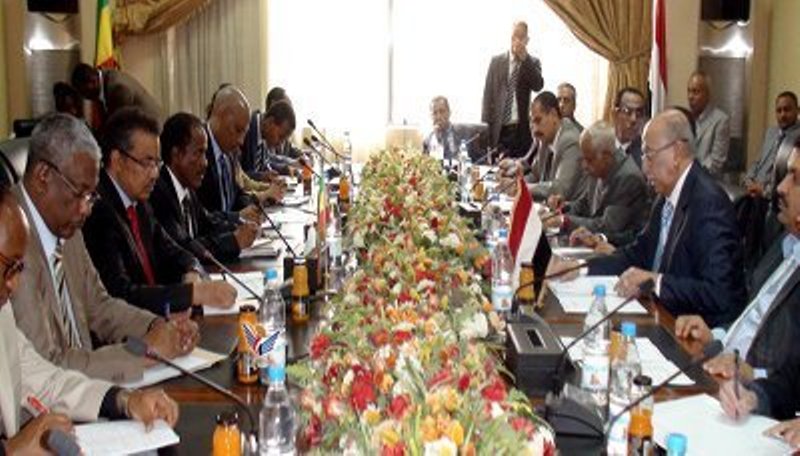 Addis Ababa (HAN) July 5, 2014 – the guardian and Geeska Afrika Online security reports. The Ethiopian opposition leader Andargachew Tsige, a doul British national and Ethiopian, is secretary general of an exiled Ethiopian opposition movement, Ginbot 7. He was arrested at Sana’a airport on 23 June by the Yemeni security services while in transit between the United Arab Emirates and Eritrea.

“The British knew he was being held in Yemen for almost a week but they did nothing,” said Ephrem Madebo, a spokesman for Ginbot 7. “We are extremely worried about Mr Andargachew, because the Ethiopians kill at will.”

The British Foreign Office, which called in the Yemeni ambassador earlier this week, said it was urgently seeking confirmation that Andargachew was in Ethiopia.

The British  Foreign Office said in a statement, “If confirmed this would be deeply concerning given our consistent requests for information from the Yemeni authorities, the lack of any notification of his detention in contravention of the Vienna convention and our concerns about the death penalty that Mr Tsige could face in Ethiopia.“

Yemen and Ethiopia signed (photo) two month ago a number of agreements and protocols of bilateral cooperation in trade, investment, higher education and standards and specifications.

The agreements and protocols co-signed by Foreign Minister Abu Bakr al-Qirbi and Ethiopian counterpart Tedros Adhanom at the concluding of the 5th meeting of the Yemeni-Ethiopian joint ministerial committee. The two foreign ministers hailed the common keenness on boosting cooperation between the two friendly countries in economic, investment and security issues.

The Ethiopian Ginbot 7 is among the largest of Ethiopia’s exiled opposition movements. The party was founded by Berhanu Nega, who was elected mayor of Addis Ababa in 2005. Refusing to accept the result, the prime minister, Meles Zenawi, declared a state of emergency, which was followed by days of protest and clashes on the streets of the capital.

Berhanu Nega was jailed, and founded Ginbot 7 on his release. Accused of attempting to overthrow the Ethiopian government, he and Andargachew Tsige were sentenced to death in absentia. Ginbot 7 was declared a terrorist organisation. The party says it stands for the peaceful end to what it describes as the Ethiopian dictatorship.

Andargachew was travelling to Eritrea, which has clashed with Ethiopia since a border war between the two countries ended in June 2000.

The Eritrean authorities host a number of exiled Ethiopian movements, including some attempting to overthrow the Ethiopian government.

Ana Gomes, a Portuguese member of the European parliament who led the EU observer mission to the 2005 Ethiopian elections, has written to William Hague, calling on the UK foreign secretary to intervene on Andargachew’s behalf, saying: “I urge you now to do the utmost to ensure his release and protection and his return to the United Kingdom as soon as possible.”