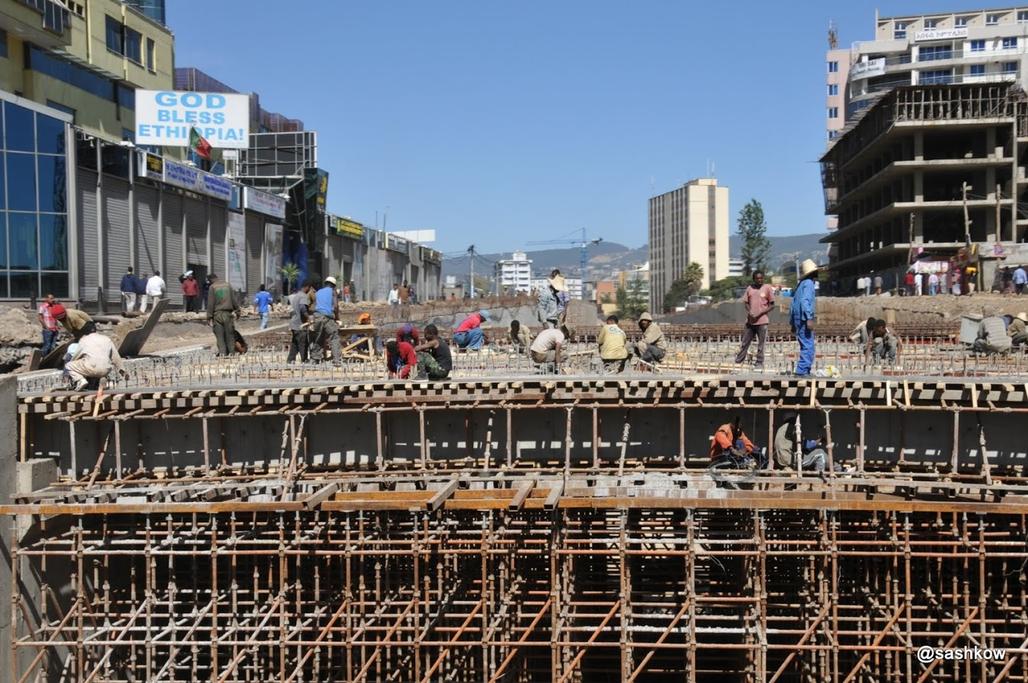 ADDIS ABABA (HAN) September 12.2016. Public Diplomacy & Regional Security News. By Solomon Dibaba. Color revolution also known as colored revolution is a term that was widely used by worldwide media to describe various related movements that developed in several societies in the former Soviet Union and the Balkans during the early 2000s. The term has also been applied to a number of revolutions elsewhere, including in the Middle East (Arab Spring uprisings). Some observers have called the events a revolutionary wave, the origins of which can be traced back to the 1986 People Power Revolution (also known as the “Yellow Revolution”) in the Philippines.

In today’s world, terrorism, color revolution, radical and extremist internet sites and social media outlets are globally being used as the major tools for influencing the global political order and regional political, economic and cultural systems. Some even say that color revolution is a new type of warfare. Over the last couple of decades, various political forces, clandestine or official have been responsible for sporadic color revolutions in many countries.

Color Revolutions kick start as a movement of various groups to seek “democratic reforms” by using various social issues and concerns that are in most cases neglected or not properly addressed by governments around the world. The proliferation of terrorist organizations followed by their punitive global terrorist actions, the upsurge of illegal migrations to Europe by millions of refugees from Middle East and the Persian Gulf, natural disaster like earth quakes, hurricanes, prairie fires in countries like the USA and Australia added fuel to the already festering global peace and security directly or indirectly triggering color revolutions..

Whatever the nature of these revolutions might be, they are all conducted under the guise of democracy, political equality and equity in service delivery. Despite the flowery demands and populist slogans, color revolutions in several countries have resulted in tragic consequences that have affected the entire socio-political and economic orders in these countries.

The political and economic basis of color revolutions and their social basis emanate from economic recessions, youth unemployment, gender inequality and greater gaps in income distribution, shaky financial and monetary systems have contributed to mushrooming of such revolutions in countries far and near.

While Ethiopia has managed to lure a considerable amount of FDI in the fiscal year that has just ended, political groups were also busy making alliances and strategies on how to import color revolution in the country by employing recipes of strategies based on liberal ideologies to incite public unrest in various parts of the country. Lack of good governance including bureaucratic red tape, selfish motives among a considerable number of public servants, wrongly interpreted government policies and strategies, manipulations of public outcries on distribution of basic commodities needed by the public, pitfalls in the juridical system are several of the socio-economic issues that can provide a breeding ground for the Ethiopian version of color revolution.

Attempt to disrupt public cultural and religious celebrations and other public gatherings, blocking roads, boycotting market days, preventing and threatening the public from using services at public offices, urging residents in cities to conduct home based sit in strikes, threatening school children not to go to schools, blocking taxi services and public transport systems, spreading false rumors, using fifth columnists in government nomenclature to fabricate false information,provoking security forces into rage and emotional discharges are only few of the tactics that are being employed to chock the daily peaceful life of the public.

Already, there are enough signs and indicators that can show the machinations of leaders in smokescreen who attempt to coordinate spontaneous uprisings that have targeted public and private utilities, private and public development enterprises, development facilities like schools, clinics, homes of private persons and infrastructural facilities built by tax payers money and development fund secured from development partners.

Everyone or organization that wishes to see the normal growth and development of this country needs to understand the reality here instead of speculating on deafening propaganda that resembles the Chinese gong. Ethiopia is not in the dark. Citizens and citizens of Ethiopian origin in the Diaspora have all the means and ways to verify the reality by observing the situation in the country instead of going with the wind or getting mixed up in the whirlpool of propaganda barrage from absentee politicians.

The world cannot deny the economic and social development gains that Ethiopia has provided for its citizens over the last couple of decades. Undoubtedly enough, there is still more to be done both by the government and the public by way of ensuring the well being of citizens. More is expected to be put in place in the areas of social accountability and promotion of equity at all levels.

The tactics employed by color revolutions abroad do not tally with the social psychology of the people. Forces who try to insert a wedge between the public and the government heavily depend on the weak links in the government and the uncritical mindset that prevails in the public.

Ethiopian’s have not been taking orders from face book or any type of social media. Believing in the messages on social media instead of verifying the farce from reality on the ground and getting into spontaneous actions the results of which cannot be checked in the short run is a dangerous trend that would lead to the balkanization and total disruption of the social order in the country. If this happens, the day dreamers of color revolution in this country will be nowhere to witness the results as they would fly off to their caves with no time to witness the results of their political ramification.

The public and the government should be able to effectively verify between longstanding national interest and well being of the country and short-lived crisis. The political, economic and cultural assets that have been developed in this country over thousands of years do not belong only to the current generation. The youth and children in this country need all the assets that are being destroyed in the hands of those who demonstrate for “democratic rights”.

Ethiopians do not have any different country, even if they wish to get one they will never get it because they belong here at home. Where you live is not necessarily your home. Home is home here and now.