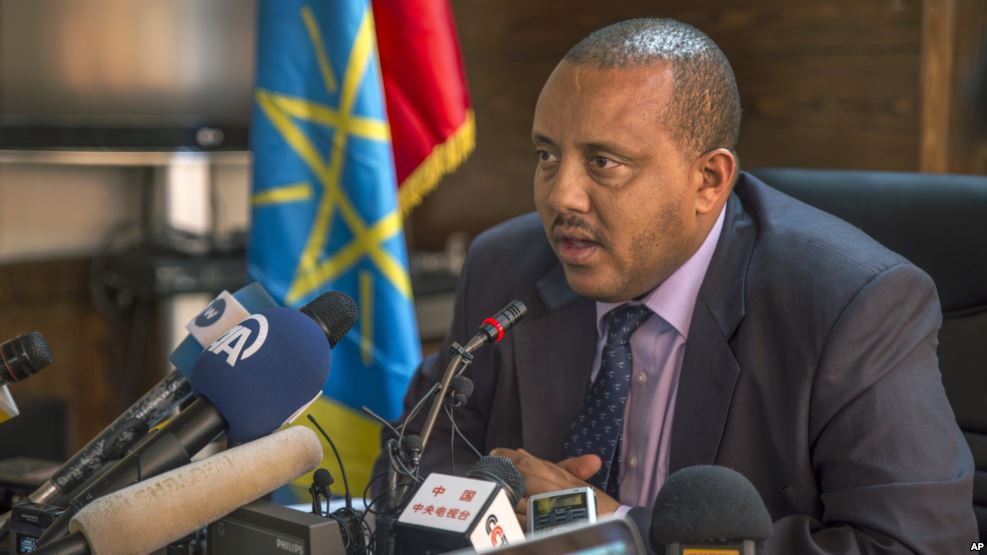 Ethiopia accused elements in Eritrea, Egypt and other states on Monday of arming, training and funding groups that it blames for a wave of protests and violence in regions around its capital Addis Ababa.

The government declared a state of emergency on Sunday after more than a year of unrest in Oromiya and Amhara regions, where protesters say the government has trampled on their rights in pursuit of industrial development.

Rights groups say more than 500 people have died in clashes with police and other confrontations. The violence has damaged around a dozen factories and equipment mostly belonging to foreign firms, accused by protesters of purchasing leases for seized land.

“There are countries which are directly involved in arming, financing and training these elements,” government spokesman Getachew Reda told a news conference.

He named Eritrea, which has a long-running border dispute with Ethiopia, and Egypt, embroiled in a row with Addis Ababa over sharing Nile waters, as sources of backing for “armed gangs”, although he said it might not come from “state actors”.

“We have to be very careful not to necessarily blame one government or another. There are all kinds of elements in the Egyptian political establishment which may or may not necessarily be directly linked with the Egyptian government,” Getachew said.

Egypt has dismissed previous accusations that it was meddling in Ethiopian affairs. “Egypt firmly respects the principle of non-interference in the internal affairs of other countries,” a Foreign Ministry statement said last week.

Eritrea routinely dismisses charges that it wants to destabilise its neighbour, and instead accuses Addis Ababa of stoking unrest on its own soil.