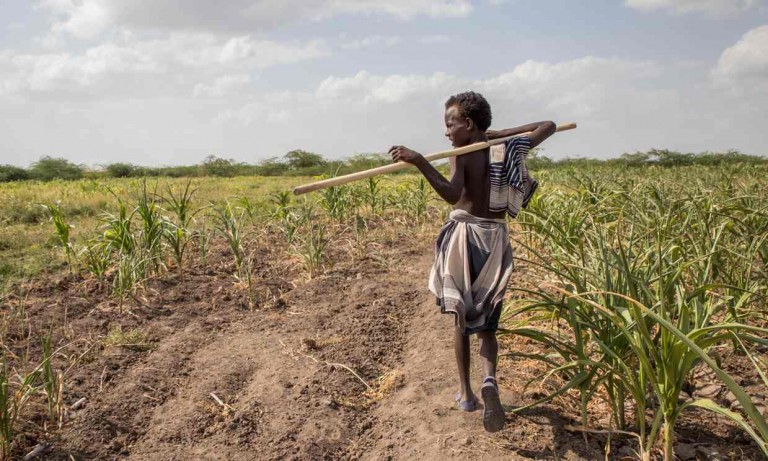 NAIROBI (HAN) May 25.2016. Public Diplomacy & Regional Security News. By Diidoo Diidaharre. Recently, I came across a presentation by a known Oromo activist and social media warrior, on a public meeting organized by OFC- ISG in Minnesota. Mr. Birhanu Lenjiso studied Sociology and Social Anthropology at Addis Ababa University (Ethiopia). And then he joined Ambo University (Ethiopia) where he served the university with various capacities: as assistant lecturer, lecturer/researcher, academic program officer, founder/coordinator of the Center for Gender Initiatives (CGI) and head of the department. I also worked as a consultant in the International Livestock Research Institute (ILRI). He is a publisher of a manuscript entitled, “Is Money a Magic Bullet for Empowerment? The Impact of Market Oriented Dairying on the Socio-Economic Position of Women Farmers in Selale Area, Oromia National Regional State, Ethiopia and until recently a PhD candidate at University Nijmegen, Netherlands.
In the lecture presentation entitled, “Lecturing on Land grab in Oromia (Ethiopia)”, Mr. Birhanu focused on the expansion of Finfinnee (Addis Ababa) and Finfinnee-Oromo relation. The activist asserted many questionable characterizations of the city, residents and the relationships; which this short narrative would want to rebuttal. However, this note is neither to pour cold water on the pains of evicted Oromo farmers and the resultant regional de-oromization. It is also not any less than a strong rejection of brutal crack-down on Oromo protests and subsequent inhuman treatment including violations of their constitutional rights of speaking on behalf of these farmers.

To start, the notion of Finfinnee-Oromo relation, as mutually exclusive entities in the context of Oromo land grab is problematic at its core. The notion denies or ignores the fact that Oromo people are the second largest residents in Addis Ababa (Finfinnee). According to Addis Ababa census, while, one in five or four people in Addis Ababa is self-declared Oromo; it is also apparent that almost half of the city’s population is Oromo by blood. This is data based on census, which many of us believe that it often underestimate the population of Oromos in Addis Ababa. Therefore, depicting the land grab situation as Finfinnee-oromo issue is fundamentally wrong as it ignores this obvious demographic landscape.

Secondly, the activist characterized the people of Finfinnee (Addis Ababa) as collections of rulers and “Alga Worash”; drug dealers and commercial sex workers. In short, according to the activist the residents of the city are bunch of criminals and community of lawless individuals. This characterization is an insult to 5 million residents of the largest city in the country, more than 5% of Ethiopian population and 10% of Oromia population; which is wrong. In Ethiopia, sisters who engaged in commercial sex works are to a large extent victims not culprits. Most of them run away from villages of Oromia and other places as a consequence of shame they could not endure. It is one thing that the culture punishes the victim of rape; while the culprit remain at large; but another things to present a dangerous proposition demonizing victims, especially by an activist of human right. It is like pouring salt on the wounds of the abused. The characterization is also offensive to millions of Oromo residents of Finfinnee (Addis Ababa); millions of youth flocking into the city for opportunities from all parts of the country, including Ethiopia and hundreds of thousands of diplomats and international workers came to the city from all over the world.

Thirdly, the activist presented Addis Ababa residents as people with no, divergent or hostile values to Oromo nation. The description of a place with ranges of values, from none to that of hostile to a nation, speaks utter un- thoughtfulness and unpreparedness on the subject matter. It is one thing to proclaim that the people of Finfinnee (Addis Ababa) carries a value different from Oromo people of Ethiopia; and probably a stretch pronounce hostility. Obviously, like many other urban dwellers, Addis Ababa residents would embody a liberal values drawn from its diversity. It is the kind of value, which a republic presidential candidate ones attacked his rival with what is known as “New York value”, a value thought would be too liberal for a conservative standard bearer. However, a declaration that Finfinnee (Addis Ababa) residence are having no-value is obliviousness.

Fourthly, according to the activist, contrary to people residing in the outskirts of any other modern cities, Oromo have not benefitted from Finfinnee (Addis Ababa). Where are the facts? Never mind the road networks and transportations available for indiscriminate use, access to markets and employments; and other services, which other equivalent farmers in Oromia cannot dream let alone having them. It is one thing, to present a genuine issues related to social-cultural and economic justices including better resources redistribution and another to allegation contrary to the facts on the ground. The question of top-down or transnational economic and resources redistribution will always remain a political agenda of our country. However, construing this lingering question of social injustice to re-orient primarily along Finfinnee-Oromo divide; thereby to incite hatred is a grandiose mistake.

In conclusion, the activist’s characterization of the nature of Addis Ababa residents, values and their relations with their brothers surrounding the city was misleading and reckless. It indicates either shallow knowledge about the city and its residents or paranoia-derived biased synthesis of the reality. Either way, it demonstrates a clear contempt to the audience listening and the platform presented. The Oromo people of Finfinnee (Addis Ababa) would seek OFC-ISG to repudiate the characterization and/or apology for these misguided presentation on their behalf.