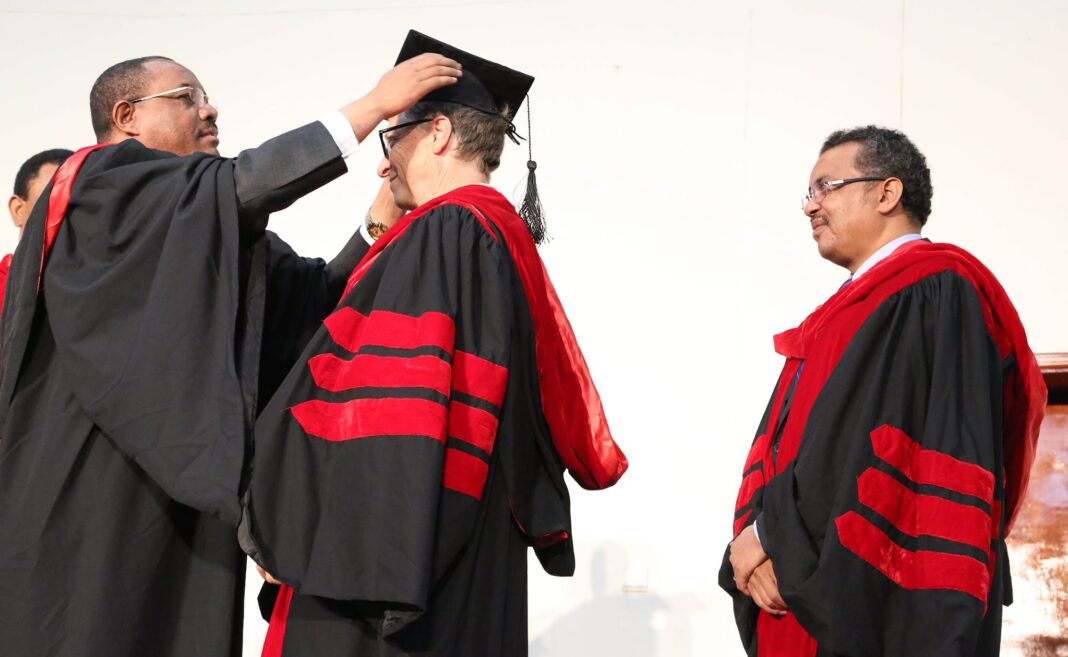 Addressing students at Addis Ababa University, where he was presented with an honorary degree, Bill Gates, co-chair of the Bill and Melinda Gates Foundation, set out why he is optimistic for Africa’s future, stating that “the rise of this continent will depend on whether leaders – here in Ethiopia and all across Africa – are open to learning from each other, and from their own people”.

The National University of Ethiopia: Addis Ababa University conferred an Honorary Doctorate of Humane Letters on Mr. William Henry Gates. At a convocation in the University, attended by Prime Minister Hailemariam Desalegn, Foreign Minister Tedros Adhanom and the Speaker of the House of Federation, Kassa Tekleberhane, as well as Ministers, Ambassadors, members of the University Senate and staff and students, Dr.Admasu Tsegaye, President of Addis Ababa University, read the citation for the degree. He noted Bill Gates’ business acumen, and his vision for software which had inspired innovations that has improved the life of many. He underlined Mr. Gates commitment to corporate philanthropy and his creation of the Bill and Melinda Gates Foundation in 2000.

The citation notes this is now the world’s largest philantghropic organization focusing on reducing poverty and improving health and economic opportunity in Sub-Saharan Africa and South Asia as well as on giving young people in the United States access to a good education.

Since its foundation, it has contributed more than US$30 billion in support of charitable initiatives around the world. The citation says “what you are doing for Africa makes you a special friend and advocate of the afflicted”. It notes the work done for “agricultural development, financial services for the poor, primary health care, water and sanitation, HIV, malaria, polio and vaccines delivery. It enables more people, especially women and youth, to benefit from the economic opportunities of the continent.” It concludes by stressing that “Your generous support for the continent is making a difference in the lives of many people in South Africa, Kenya, Uganda, Senegal, Malawi, Tanzania, Nigeria and Zambia”, as well as in Ethiopia. 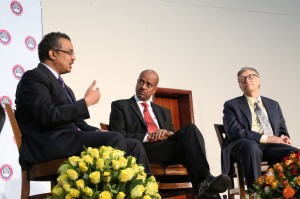 Meanwhile: The Minister of Foreign Affairs, Dr. Tedros Adhanommet Bill and Melinda Gates, the founders of the Bill and Melinda Gates Foundation and owners of Microsoft Company, on Thursday (July 24). Dr. Tedros thanked the Foundation for the significant support it has given to the health sector in Ethiopia and that the partnership with the Foundation was highly valuable for the country. Referring to the effort to eradicate polio, Dr. Tedros pointed out that Ethiopia was cooperating with other countries in the region, especially Somalia, since it was impossible to eradicate Polio unilaterally. Dr. Tedros said donor contributions remained significant. The changes attributed donations encouraged people to donate further. Mr. Gates, who welcomed Ethiopia’s willingness to cooperate with the foundation, said he had witnessed significant progress in Ethiopian