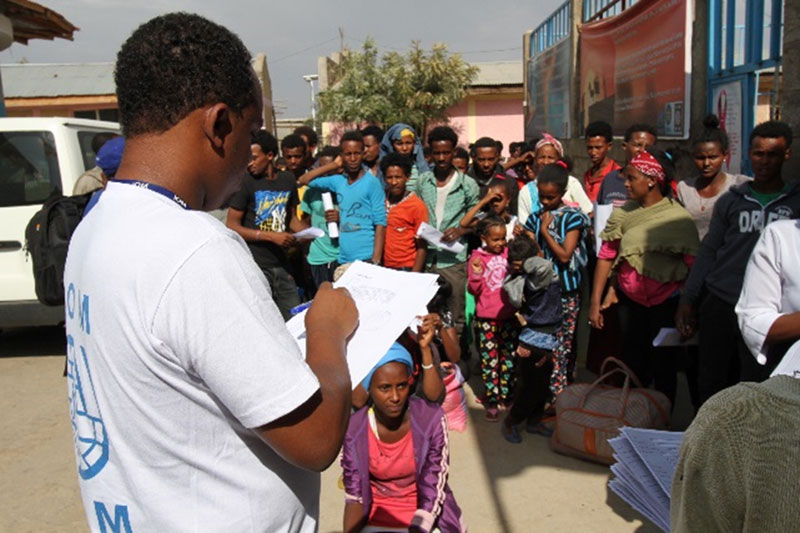 In an historic first, starting Friday, all refugees in Ethiopia will be able to register their vital life events, including birth, death, marriage and divorce, directly with national authorities, the United Nations refugee agency announced.

“This is a historic first and a ground-breaking development for refugee protection in Ethiopia, not previously realized over decades,” Babar Baloch, spokesperson for the Office of the UN High Commissioner for Refugees (UNHCR), said at the regular press briefing in Geneva.

Civil registration for refugees has been made possible following an amendment to an existing legislation. UNHCR and the UN’s Children Agency (UNICEF) collaborated with the Government of Ethiopia in the preparation of the amendment.

“It is one of the nine pledges made at the Leaders’ Summit held in New York in September 2016,” continued Mr. Baloch. “Other commitments included to grant work permits to refugees, strengthen access to education, to allow a significant number of refugees to reside outside of refugee camps and to locally integrate long-staying refugees.”

At the launch today, 11 refugees were issued with certificates in the capital of Addis Ababa. Civil registration offices have also been established in each of the 26 refugee camps, as well as in the seven locations with a high concentration of refugees.

Civil registration is also important for policy development and planning in Ethiopia’s Development Agenda – in line with the Comprehensive Refugee Response Framework (CRRF), which aims to enhance refugee self-reliance and inclusion; provide refugees with better possibilities to solve their plights; and ease pressure on host countries.

Ethiopia, which is among the first countries to roll out CRRF, Ethiopia currently hosts more than 883,000 refugees – mainly from South Sudan, Somalia and Yemen.