Home Ethiopia Ethiopia: Become a major force for peace and stability in the Horn... 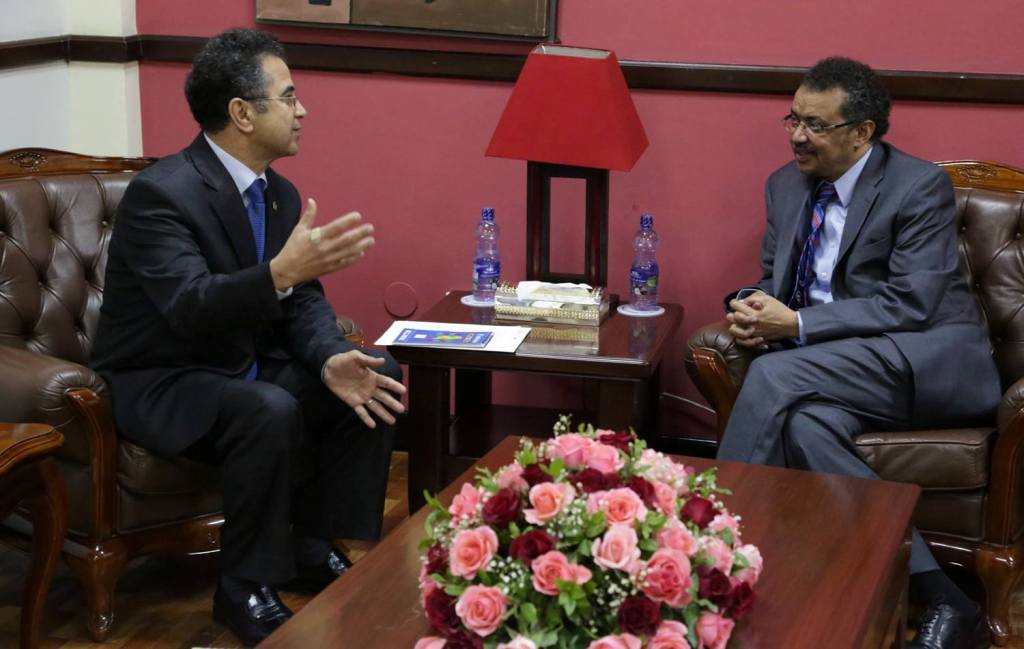 Addis Ababa (HAN) August 28, 2014 – Regional safety and security cooperation issues.  The Ethiopian minister of Foreign affairs Tedros Adhanom met with Ambassador Saleh Sahboun, of the  Arab League  to Ethiopia and the Arab League’s Permanent Representative to the African Union (AU) and UNECA . The mojor diplomatic discussions centered on elevating relations between Ethiopia and the League of Arab States to new level, building on past achievements and expediting the practical cooperation based on win-win outcomes and common benefits between the League and Ethiopia.

The Ethiopian minister of Foreign affairs Tedros welcomed Ambassador Saleh, and noted the friendship and historic ties existing between Ethiopia and the Arab world. He underlined the importance of seizing the present developmental opportunities created in Ethiopia in order to raise relations to a new height for the benefit of all. Ambassador Saleh Sahboun delivered a message from Dr. Nabil Elaraby, Secretary General of the League of Arab States, to Dr. Tedros Adhanom, referring to intensifying the existing cooperative partnership for mutual advancement and common prosperity.

Ambassador Sahboun, who extended Dr. Nabil Elaraby’s greetings to Dr, Tedros, noted that Ethiopia had become a force for peace and stability in the region, in Africa and beyond. He praised Ethiopia’s efforts to build a stable, prosperous and harmonious region, and he affirmed the League of Arab States was willing to support Ethiopia’s developmental efforts, its economic takeoff and its national renewal.

The Ethiopian minister of Foreign affairs said the League of Arab States was committed to cooperate with Ethiopia with the view to build a better tomorrow. He also appreciated IGAD’s role as an advocate for lasting peace and prosperity in the region.