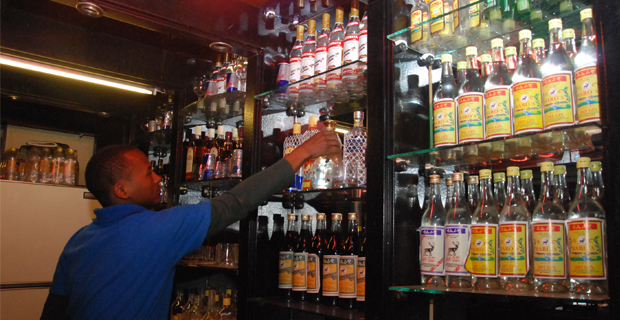 Ethiopians Parliament on Wednesday has passed a new law that bans alcohol commercials on broadcast media.

The new law aims to protect children and the youth from being seduced by the commercials of liquor and become addicted and unproductive. It also plans to address the consequences of alcohol consumption on the health of individuals and over economy.

Reports show that most of drunkard drivers are among the causes of road traffic accidents in Ethiopia, which cost the country about 5,000 lives and millions of dollars property damage every year.

In Ethiopia liquor manufacturers and importers including beer factories have been major sponsors of broadcast programs. To minimize the impact of the ban on the income of the broadcast media, which are also significant in democratization of Ethiopia, government institutions should figure out how to work with the broadcasters for better good causes, according to the Minister of Health of Ethiopia Dr. Amir.

“…But as Minister of Health and my mandate, no matter what the consequence I support efforts to protect the health of the public,” he told Sheger FM this morning.

Primarily the draft law was suggesting transmission of alcohol adverts after the children sleep – after 9:PM. Meanwhile during the later discussions and public hearings, it is decided that alcohol advertisements have to be banned. Finally the 547 members parliament banned the commercials on broadcast media by over 400 majority votes.

The new law, which aims to protect the health of the public also involves articles related to tobacco and drug uses, among others.

Currently there are two wineries and several breweries while dozens of companies are engaged in import and distributions of liquors.