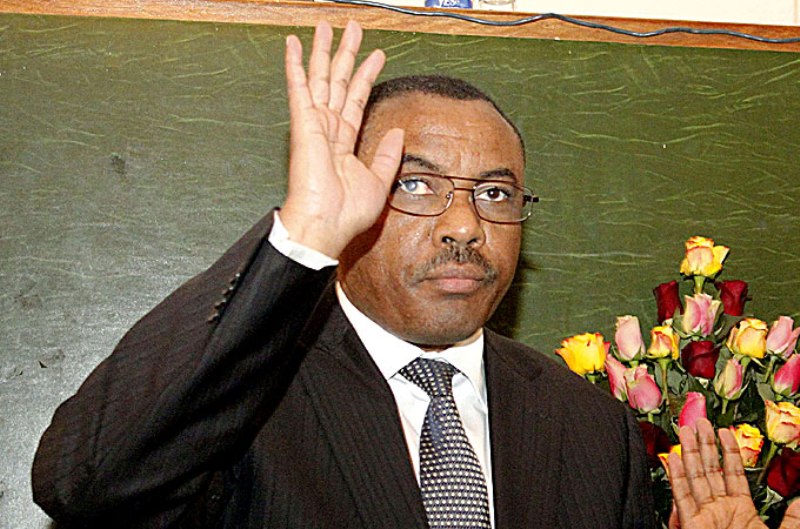 Addis Ababa (HAN) July 24, 2014 – Opinion By AddisVoice, Admas: An American Azusa Pacific University has withdrawn an honoring Ethiopian Prime Minister Hailemariam Desalegn. The Ethiopian Prime Minister faced a stinging humiliation as Azusa Pacific University (APU), whose motto is “God First”, has withdrawn an honor it had already bestowed on him. The university administration had to reverse its decision to honor Mr. Desalegn in light of gross human rights violations in Ethiopia being perpetrated by the regime he serves. The administration of the American evangelical university made the decision in an emergency meeting last Friday after this reporter raised a number of critical questions on whether honoring a human rights violator was consistent with APU’s core values and motto. The Global Alliance for the Rights of Ethiopians (GARE) also wrote a letter highlighting gross human rights violations being perpetrated by Mr. Desalegn and the TPLF-led regime he is serving.The honoring ceremony, which was slated for July 31 at the university’s Los Angeles campus, was expected to be attended by the PM and his family, foreign diplomats, the university faculty, senior U.S. and Ethiopian government officials including Foreign Minister Tedros Adhanom and other ministers.Rachel White, APU’s Assistant Director of External Relations, confirmed exclusively to this reporter that the university has withdrawn the honor and cancelled the ceremony which was planned to honor him at APU’s Los Angeles campus.“I can confirm that the event has been cancelled. The university evaluated current developments in Ethiopia including the latest U.S State Department Human Rights Report,” she said. She also indicated that the recent high court decision to file terrorism charges against Zone9 bloggers and journalists was also one of the factors considered for the cancellation of the event to honor Mr. Desalegn.“Nothing is as important as our motto God First. Any decisions we make have to be consistent with our motto and core values,” White noted. She also pointed out that respect for human rights is very important for the university. It is now confirmed that he cancelled his trip to Los Angeles after the university communicated to him its decision to cancel the honoring ceremony.According to a university source, who spoke on condition of anonymity as he was not authorized to give a statement on behalf of the university, APU’s administration unanimously agreed to withdraw the honor for Mr.Desalegn, whom it found to be an unsuitable honoree after evaluating not only the disturbing human rights situation in Ethiopia but also the potential negative publicity that the event was likely to generate. “It was a wise and timely decision, as the university was likely to face backlash if it publicly honored a human rights violator,” the source said.Exiled journalist Serkalem Fasil, who was forced to give birth in jail, commended the university for correcting its mistake in good time. “I think this university did not know who Hailemariam Desalegn was. They should have known that Ethiopian government officials like him do not deserve honor but facing justice for the crimes they are committing against humanity.Serkalem said Azusa Pacific corrected its mistake in an exemplary manner. “I am glad the university listened to the truth and its God First motto,” she said. Her husband, the award-winning journalist Eskinder Nega, is serving an 18-year sentence in Ethiopia after he and a number of journalists and activists were labelled “terrorists” by a Kangaroo court.Abebe Belew, a Washington D.C.-based activist and community radio broadcaster, who was also convicted of “terrorism” offenses because of his critical views towards the repressive policies of the Ethiopian government, also praised the university for its decisive measure.“This university is a truly Christian university. It made a bad decision but realized soon enough that honoring an ungodly human rights violator contradicted its Christian values. I appreciate the university’s administration for taking such a strong stand based on its God First motto,” he said.“Hailemariam should also learn from the humiliating experience. He pretends to be a protestant Christian but what he is doing completely contradicts all the tenets of the bible.

“As APU has clearly demonstrated, he doesn’t deserve any honor as a human rights violator destroying the lives of so many people. I hope he and and members of this oppressive tyranny will face trial sooner rather than later. That is the kind of honor they really deserve,” Abebe added