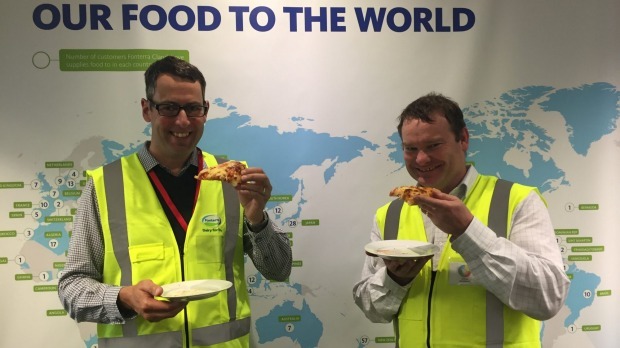 Addis Ababa (HAN) October 27, 2015 – Public Diplomacy and Regional food Security Initiatives News. By: ELLEN READ Stuff Writer. Fonterra has launched new Anchor consumer brands in Australia and Ethiopia as it works towards its goal of expanding the value-add side of its business.

For Australia, a new range of creams (pure, thickened, and light thickened) for Woolworths’ supermarkets are aimed at the country’s foodie and culinary culture. The fresh products are made from Australian milk.

In the Ethiopian market, a fortified milk powder has been developed to give people access to high quality dairy nutrition.

“This is an exciting opportunity with our first real move from a consumer brand perspective into Africa and gives us an opportunity for a future regional play. Ethiopia is the second largest population in Africa with close to 100 million people and the fastest growing economy in the world,” Fonterra’s global brands and nutrition managing director Rene Dedoncker said.

“However, despite the staggering economic growth more than 40 per cent of its population are malnourished and lack access to affordable nutrition.”

Earlier Tuesday, Fonterra executives briefed media on their goals and progress for the co-operative’s foodservice business – that is, supplying commercial products including pastry butter, cooking cream and grated mozzarella for food that will be eaten away from people’s homes.

Good progress was being made towards Fonterra’s goal of turning the foodservice division into a $5 billion business by 2023, from its present $1b value, Robert Spurway said. sources  stuff.co.nz.