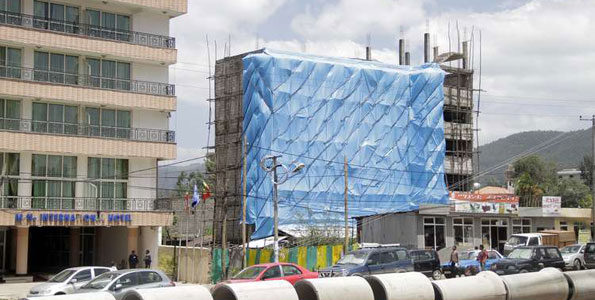 ADDIS ABABA (HAN) December 15, 2015 – Public Diplomacy and Regional Stability Initiatives News. Ethiopia’s government said on Monday at least five people had been killed in protests against its plan to incorporate areas of farmland near the capital into a new zone to attract business, while an opposition figure said 30 had died.

Protesters, many of them students, have repeatedly clashed with security forces in several towns in the Oromiya region around Addis Ababa during the past three weeks over the government move that farmers say will be used to grab land. Ethiopia has won international praise for transforming the economy, but rights groups say critics are stifled. There are no opposition figures in parliament and protests are rarely reported. Officials insist free expression is guaranteed.

“If there are problems – and I do not believe they exist – they can only be addressed through consultations with the public,” Getachew said. Merara Gudina, chairman of the opposition Oromo Federalist Congress, said: “The list we have shows more than 30 people have been killed by police and soldiers trying to stop the protests.”

He told Reuters by telephone that most of those killed were students who had joined the protests, while a few were farmers. Residents in the region also gave higher figures than the one cited by the government.

Ruling party politicians in Oromiya have accused opposition groups of stoking clashes between protesters and police. Aman, a student at Ambo University, west of the capital, said police cordoned off his college and rounded up dozens of students. Aman, who did not give his full name for fear of reprisals, said some students had been beaten.

Officials say the administrative changes would create a new zone to draw investment and build infrastructure, part of a government industrialisation drive. The state has been building new roads, railways and hydroelectric dams across the nation.

Farmers and those opposed to the plan worry about land grabs. In the past, Ethiopia has been criticised for seizing property without consent for its industrialisation drive or without properly compensating those living on the land. According to Ethiopian law, all land belongs to the state and those purchasing the land are only considered leaseholders. Source: theeastafrican