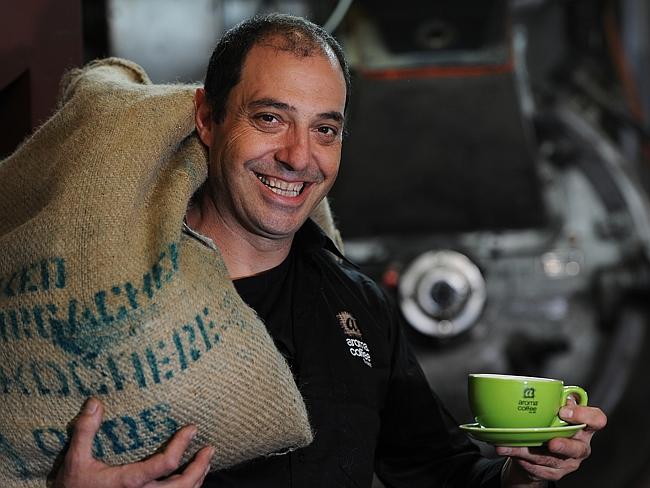 Roasters from Australia and New Zealand have taken home the top accolades at the 2014 Australian International Coffee Awards (AICA) conducted by the Royal Agricultural Society of Victoria (RASV).

This year the AICA received a record-breaking 800 entries and 170 medals were awarded – 12 gold, 43 silver and 115 bronze – to entrants from Australia, New Zealand, Singapore, Hong Kong and Japan.

Between James and Gavin and the decades of coffee tasting between them, they have an extremely precise calibration of their taste and olfactory senses. Two tons of coffee is processed on these premises every week thanks in part to Aroma Coffee’s award winning espresso and filter roast “No. 1 Ruby Street” and the title of Champion Australian Roaster at the Rural Agricultural Society of Victoria’s Australian International Coffee Awards.

The main question to  to Aroma Coffee’s award winners, where do these flavours come from?

“Think of the equator as the ‘coffee belt’ around the world” James explained. The closer you can grow to the equator, the better. As long as frost does not affect the crop higher up the mountain slopes, altitude plays the most important part, determining density and malic acidity formation (which is associated with the citric flavours of some fruits). High altitude crops do take longer to grow but “the bean is denser and a higher rated organic convertible compound”.

Entries for the 2015 Australian International Coffee Awards will open in December 2014. 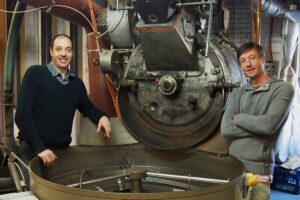