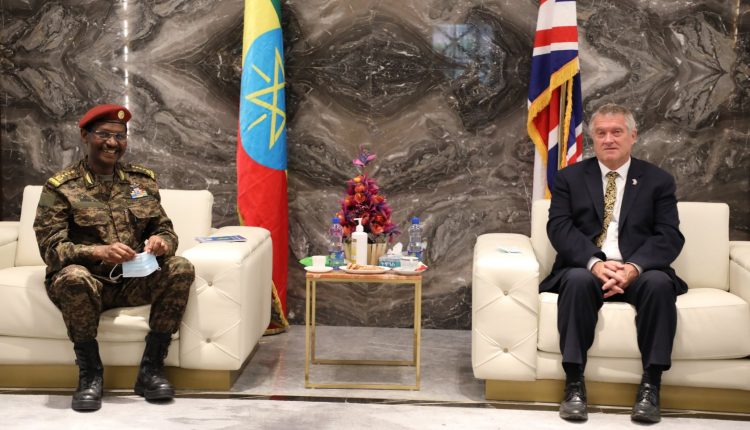 The two sides discussed on the current situation in Ethiopia as well as peace and security issues in the Horn of African region, according to the Ethiopian Defence Force.

Speaking after the discussion, ambassador McPhail said his country’s bilateral relation with Ethiopia would play a great role to add momentum on UK ties with African countries.

According to the ambassador, the discussion with General Berhanu also focused on military, peace and other related issues to push the strategic partnership between the two countries to new highs.

General Berhanu said his country is working closely with its neighbours to ensure durable peace and will strengthen its continental peacekeeping operation.

He added the defence army is in good position to maintain peace and security in the country.