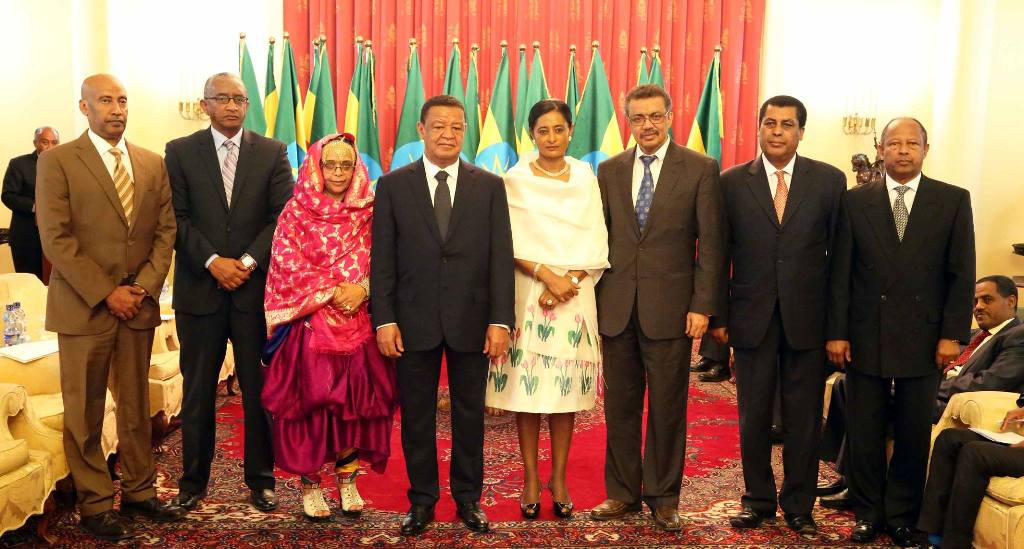 President Mulatu noted that the Ambassadors shoulder great responsibility in promoting Ethiopia’s tourism, attracting investment in a bid to support developmental activities. He further highlighted the importance of recruiting investors and that can engage in basic infrastructure development. He also told the Ambassadors that they need to engage vigorously in building the image of Ethiopia, reflective of the leap in economic growth and development.

President Mulatu Teshome underlined that Ethiopia is becoming strong economy in Africa which in turn has resulted in expanding diplomatic activities as many countries have shown their keen interest to forge a bilateral relation with Ethiopia. Foreign Minister,

Doctor Tedros Adhanom said, the new ambassadors should strive towards strengthening the bilateral ties in all areas of mutual interest in promoting the national interest .