Home Ethiopia Ethiopia: Any Soldier Responsible For Crimes In Tigray Region Will Be Held... 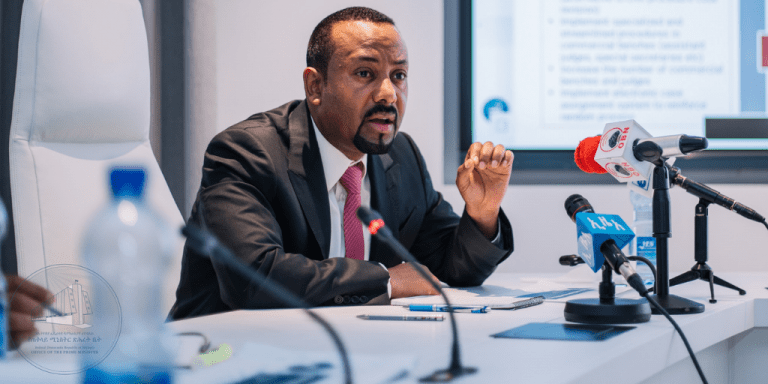 “Reports indicate that atrocities have been committed in Tigray region. Regardless of the TPLF propaganda of exaggeration, any soldier responsible for raping our women & looting communities in the region will be held accountable as their mission is to protect.”, he said.

Premier added saying: “TPLF rejected the Administrative Boundaries and Identity Issues commission at its inception because they knew very well what they’ve done before. In any case, there are legal means to address disputed issues and will be addressed accordingly.”

According to the Premier, 1.8 million people in Tigray have been living on safety net for the last 20 years while also under TPLF’s leadership.

“In addition, COVID 19, desert locust swarms and other challenges plagued the Tigray region while TPLF drummed a war narrative. This was misplaced and untimely arrogance.” Prime Minister Abiy noted.

The premier stated that activities are being carried out to augment the administration in Tigray with well educated manpower original to the region.

The country has apportioned Billion of Birr to repair several airports which were attacked by the renegade TPLF group.

Maximum efforts are underway to address humanitarian needs in Tigray region, the premier said, adding that the federal government has sent big amount of emergency food support to affected people in the region.

Regarding alleged human rights abuses, the premier underlined that any federal or regional force found guilty of targeting civilians will be punished by law, the premier said.