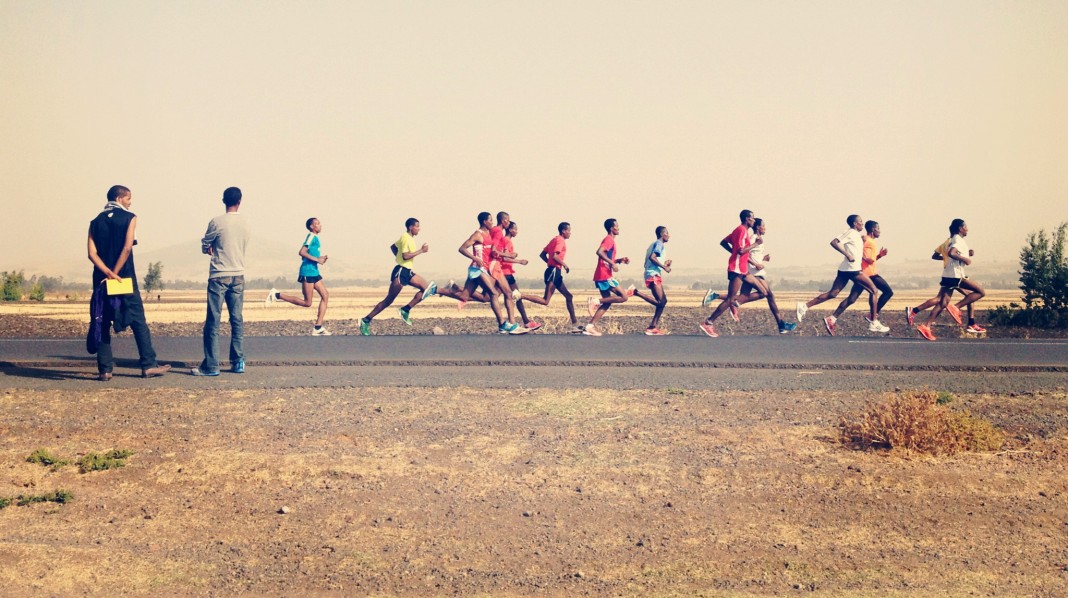 Nairobi (HAN) March 1, 2016 –Geeska Sports. Nine Ethiopian runners, five of them “top athletes,” are under investigation for doping, the general secretary of the country’s anti-doping agency said Monday, raising fears of another damaging scandal for track and field in the run-up to the Rio Olympics.

Solomon Meaza told The Associated Press that the Ethiopian Anti-Doping Agency is investigating the five athletes he described as high-profile after they returned “suspicious” results in tests.

“To be clear, some banned (substances) were found in the five athletes,” he said. “They will be summoned and asked if they have taken any banned substances (or) chemicals.”

Solomon declined to name the athletes, give details of the substances they are suspected of using, or say when tests were carried out as investigations are ongoing. He stressed that more tests were needed to establish any guilt.

But he said: “There is a real concern when the upcoming investigations arrive.”

The IAAF has requested contact details for the other four athletes under suspicion and the governing body is investigating them, Solomon said, adding that he has provided the details for those athletes to the IAAF through the World Anti-Doping Agency.

The Ethiopian cases will be another blow to the sport following major doping scandals in Russia and Kenya in the buildup to the Olympics in Rio de Janeiro in August.

Russia was banned from international track and field competition in November after damning allegations of a vast scheme of doping and cover-ups. Kenya is in danger of a similar sanction after four senior track officials were suspended by the IAAF pending investigations into allegations they sought to cover up doping. Kenya also has not fallen in line with global anti-doping rules and faces an April 5 deadline to sort out its failing anti-doping program.

Like Kenya, Ethiopia is a distance running powerhouse and finished in the top five on the medal table at last year’s track and field world championships in Beijing with eight medals.

The revelation by Solomon came on the same day the IAAF announced that Ethiopian-born former 1,500-meter world champion Abeba Aregawi failed a doping test and had been suspended pending an investigation. Swedish media reported that Abeba, who now competes for Sweden, failed an out-of-competition test in Ethiopia, where she trains. The IAAF said Abeba had voluntarily withdrawn from competition and asked for her backup “B” sample to be tested.

A Russian whistle-blower who helped uncover that country’s doping program warned last year that Kenya and Ethiopia both had serious problems with athletes using banned substances and should be closely investigated.