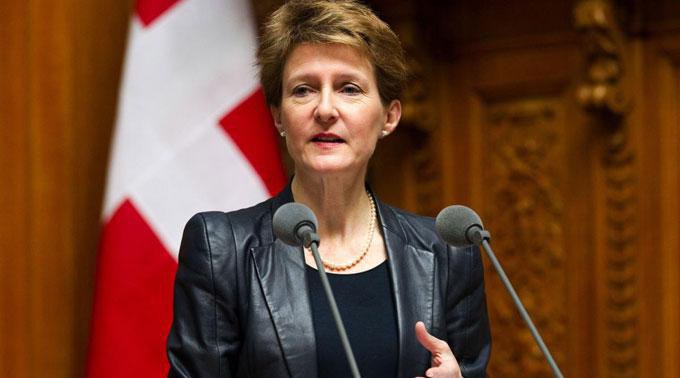 Prime Minister Hailemariam noted this would cement the long-standing and historic ties between of Ethiopia and Switzerland, dating back over a century, would now be cemented in various ways. President Sommaruga acknowledged Ethiopia’s role as a haven for refugees in the region, referring to Ethiopia as a “key stabilizer in the region” in recognition of the 720,000 refugees it currently hosts, mainly from South Sudan, Somalia and Eritrea.

She said Ethiopia is a priority country for Switzerland in terms of its migration policy, which involves assistance on the ground and protecting refugees in their region of origin. In September, the Swiss government decided to allocate an additional CHF19 million for aiding refugees in the Horn of Africa region with US$6.1 million pledged for refugee protection in Ethiopia. President Sommaruga visited the Sheder refugee camp in Jigiga on Sunday (October 25), where there around 12,300 refugees, most of whom come from Somalia. According to the UNHCR, the Ethiopia hosted 106,670 Eritreans in January 2015, and providing a refuge to fleeing Eritreans is an important component of Swiss-Ethiopian cooperation on migration. Of the 23,765 people who applied for asylum in Switzerland in 2014, 6,923 (almost 30%) were Eritreans, by far the largest group of asylum seekers. President Sommaruga will also be visiting a project near Addis Ababa funded by the Swiss State Secretariat for Migration that provides employment opportunities to Eritrean refugees. President Simonetta will deliver a speech to the joint session members of the House of People’s Representatives and House of Federation on Tuesday.MFA