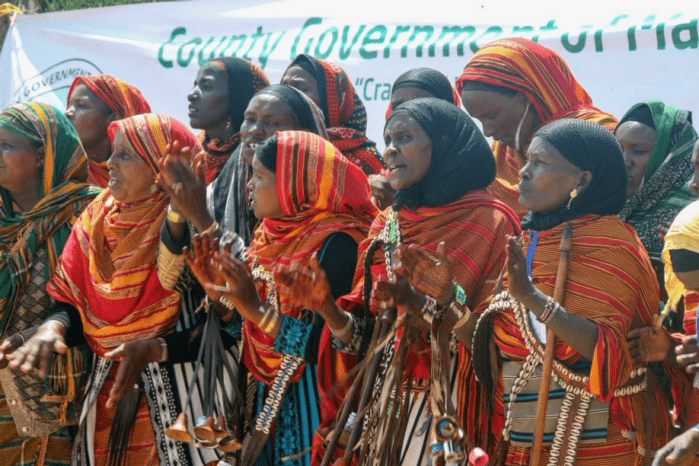 NAIROBI (HAN) December 14, 2015 – Public Diplomacy and Regional Stability Initiatives News. The governments of Ethiopia and Kenya, in partnership with the Intergovernmental Authority on Development (IGAD) and the United Nations today launched an innovative, comprehensive and integrated cross-border initiative to foster peace and sustainable development in the northern Marsabit county of Kenya and the southern Borana Zone in Ethiopia.

The US$ 200 million five-year cross-border Integrated Programme for Sustainable Peace and Socio-economic Transformation: Marsabit County of Kenya and Borana Zone, Ethiopia, was launched by Kenya’s President Uhuru Kenyatta and Ethiopia’s Prime Minister Hailemariam Dessalegn, as part of an agreement between the two countries to foster, environmental protection, trade, development and peaceful coexistence in their border regions.

Currently Ethiopia, the second most populous country in Africa, has one of the fastest growing economies with ambitions of becoming a carbon neutral middle income status country by 2025; while Kenya’s 2030 vision looks towards creating a globally competitive and prosperous nation with a high quality of life. However, the cross-border areas are characterized by poor infrastructure and basic service provision, low literacy levels and high poverty levels. The poverty level in Marsabit County, for example, is about 83 percent, while the illiteracy rate in the Borana Zone stands at 90 percent. The scarcity of resources has triggered conflict among resident pastoralist communities, especially water and grazing land.

“The programme being launched is transformative in nature. Poverty and violence have rained and we must do everything to end conflict and ensure people in those marginalised areas have equal opportunities like all other parts of the country. Lasting security and development can only happen when local communities are involved,” said Kenya’s President Uhuru Kenyatta at the launch. Ethiopia’s Prime Minister Hailemariam Dessalegn noted that, “Cross-border cooperation is an integral element of the inevitable and already begun process of regional integration between and among our sisterly nations.”

While informal trade already exists between the border communities, the new programme is focused on developing the area’s untapped energy and mining resources, and meat and livestock trade, to create jobs particularly for the youth. Other pillars of the programme include improved access to health and education, and efforts to build social cohesion and trust between the communities. The programme is underpinned by initiatives on sustainable use of resources, in line with the new global Sustainable Development Goals (SDGs).

Speaking on behalf of UN Resident Coordinator in Ethiopia, Ms. Ahunna Eziakonwa-Onochie, Ms. Gillian Melsop, UNICEF Representative and acting UN Humanitarian Coordinator, highlighted the strong leadership of regional, local governments and local communities, noting that, “The joint cross-border programme we are launching today opens a new chapter of partnership and collaboration with the people of Marsabit and Borana Zone and a unique opportunity for the UN system and partners to overcome fragmentation and piece-meal development”.

The programme builds on an initiative launched in October 2014 by UN Secretary-General Ban Ki-moon, World Bank President Jim Kim and the IGAD Council of Ministers to boost economic growth, reduce poverty and promotie business activities in the Horn of Africa through cross-border cooperation, among other activities. “The Marsabit, Moyale, Borana Zone Cross-Border Programme endeavours to promote peace and development in the greater Horn of Africa region,’ said UN Resident Coordinator in Kenya, Ms. Nardos Bekele-Thomas.

“The multi-year programme will stimulate and catalyse development in the area. The frontier border region has experienced historical marginalization either due to geographic location and harsh environmental conditions. This has resulted in a systematic pattern of underdevelopment leading to poor quality of life. This programme seeks to address these issues and spur development.” The cross-border programme builds on ongoing development initiatives in the area, and is engaging a wide range of stakeholders including civil society, private sector, faith-based organizations, peace committees, development partners and philanthropic organizations. Source: undp