Home Ethiopia Ethiopia: An Interview With the Governor of National Bank 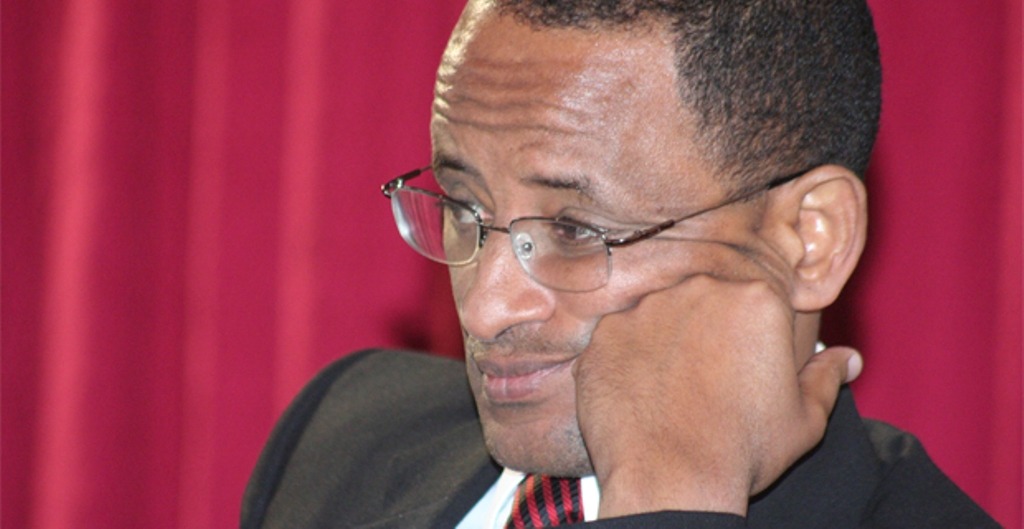 Addis Ababa (HAN) June 9, 2014. The Geeska Afrika Online forums (IGAD2020 Regional Watch) can meet the movers and shakers of the region, the ones who make the headlines in Africa and the Middle East. Ebizguides, winne- Published last Year, April 3rd, 2003. We revisited  Teklewold Atnafu’s interview with Winne to evaluate the current financial issues in Ethiopia and its impact of the upcoming International investments.  Like it and Share our Facebook page  with your Comments.
Could you give us an overview of the Ethiopian economy and the finance sector of the country?

Teklewold Atnafu: It is a well-known fact that Ethiopia is one of the poorest economies in the world, having a per capita income of about only 110 US dollars. Ethiopia’s economy is heavily dependent on the agricultural sector, which is also characterized by a backward mode of production and a very low productivity. On average, nearly 45% of the total GDP is generated from the agricultural sector. When we analyze the growth of the GDP for the past ten years (1992-2002), the GDP has grown by an annual average of 5.3%.

Besides that, the country has enjoyed macro economic stability during the last 10 years, which means inflation was contained at a single digit and on the average it remained below 3%. The economy was even in a deflationary state, particularly during 2001 and 2002, the inflation rate was negative 5.2% and 7.2 % respectively, mainly due to the bumper agricultural production. Fiscal deficit has also averaged 6% of GDP during the last 10 years. During these 10 years time, the foreign exchange rate was stable and thus the gap between the official and the parallel market rate has been significantly reduced to a mere 1% at the end of March 2003 as compared with about 270% before 1992. However, the terms of trade continued to adversely affect the country and thus our trade balance was in deficit. In 2001/2002, for instance, the trade deficit reached 1.26 billion USD.

This has happened because of the dramatic and persistent fall of the international price of coffee which accounts for about 40% of the total export earnings. This adverse situation has also contributed to the widening of Ethiopia’s current account deficit. On the other hand, the overall balance of payments, of recently, has turned into surplus. For example, about USD 300.3 million surplus was registered in 2001/2002 against a deficit of USD 70.5 million in 2000-2001. This was largely attributed to the substantial inflow of foreign funds in support of the ongoing poverty reduction support programs.

What are you doing to adapt your banking system to international standards?

Teklewold Atnafu: The National Bank of Ethiopia has taken several measures during the last 10 years in order to stand to its duties and responsibilities of creating sound banking system. First, we have tried to restructure the National Bank of Ethiopia itself in order to give support to the banking system as well as to enhance supervisory and regulatory capacity of the Central Bank. So, we have established the supervision department that is in charge of licensing and supervision of banks, insurance companies and micro finance institutions.

We have also reorganized our international banking department and transferred the regulation of retail international banking operations to commercial banks while we stick to policy issues, such as, management of international reserves, undertaking of inter-bank foreign exchange market, etc. The National Bank of Ethiopia is also using international prudential standards with regard to capital, asset management, liquidity and so on to ensure the soundness of our banking system.

Teklewold Atnafu: Yes, it has increased a lot because so many reforms have been made in this respect. First, the government has allowed domestic private investors to invest in the financial sector. As a result, the number of commercial banks increased to 9 compared to 3 in pre-reform period and the number of branches went up from 216 in 1995 to 327 by end 2002. The number of insurance companies has also increased from one to 9 during the same period. Moreover, 21 micro finance institutions have been established to give credit to low in come groups both in urban and rural areas.

Thirdly, current account has been fully liberalized for import and other invisible transaction purposes. If any investor wishes to get foreign exchange, it is available without any restriction; he or she can even repatriate his or her dividends and profits. We have introduced a lot of incentives: like tax and tariff reduction, easy licensing procedure, etc., to encourage investors. Investment and labor codes have also been subsequently revised to promote private investment.

To what extent are you working with international finance institutions like the IMF or World Bank?

Teklewold Atnafu: Our relationship with the IMF and World Bank is very good. They support us in our poverty reduction and growth facility program. We are also eligible for HIPC initiative designed for poor countries. In this respect, we have already reached decision point in 2001 and we are hoping to reach completion point by end 2003. In effect, these financial institutions as well as other bilateral donors provide us debt relief grants, and technical assistance.

What would be your message to investors who want to invest in Ethiopia?

Teklewold Atnafu: The Ethiopian government has created a conducive and friendly environment for domestic and foreign investors. Accordingly, as indicated above, the investment and labor codes have been subsequently revised in order to promote investment. The foreign exchange rate is determined in the inter bank market and it has been stable for the last 10 years and it will remain so in future. Inflation has been reduced substantially and we hope it will continue to remain in a single digit. So, we can readily say that there is macro economic stability in Ethiopia.

Ethiopia has restored peace and security, which is very important for investors. Privatization of public enterprises has been underway. We are also in good relations with the IMF, World Bank, as well as the European Union and other bilateral donors.

Ethiopia is a good destination for direct investors. Besides a conducive environment created by the government,, Ethiopia has natural factors which are quite important for investment. It has a population of more than 68 million, which is a great potential for a wide market and cheap labour force. Moreover, our strategic location close to the Middle East and Europe, is advantageous for investors. Therefore, we kindly invite investors to invest in Ethiopia and become our development partners for our mutual benefit.

Could you tell us about your professional background?

Teklewold Atnafu: I hold a BSc degree in Statistics with minor in Economics as well as MSc in Statistic and Econometrics. My MSc thesis was on building a model, on econometric measures of the demand for and supply of money in Ethiopia. I also earned an MBA in financial management from one of the US universities in distance education. I attended several courses at the institutes of the IMF and the World Bank. So I have got 4 certificates from the institutes in financial programming and policy, techniques of financial programming and analysis, macro economic management, and Money and Banking.