Home Ethiopia Ethiopia: An Angry Prime Minister Who Makes a Fetish of an Election:... 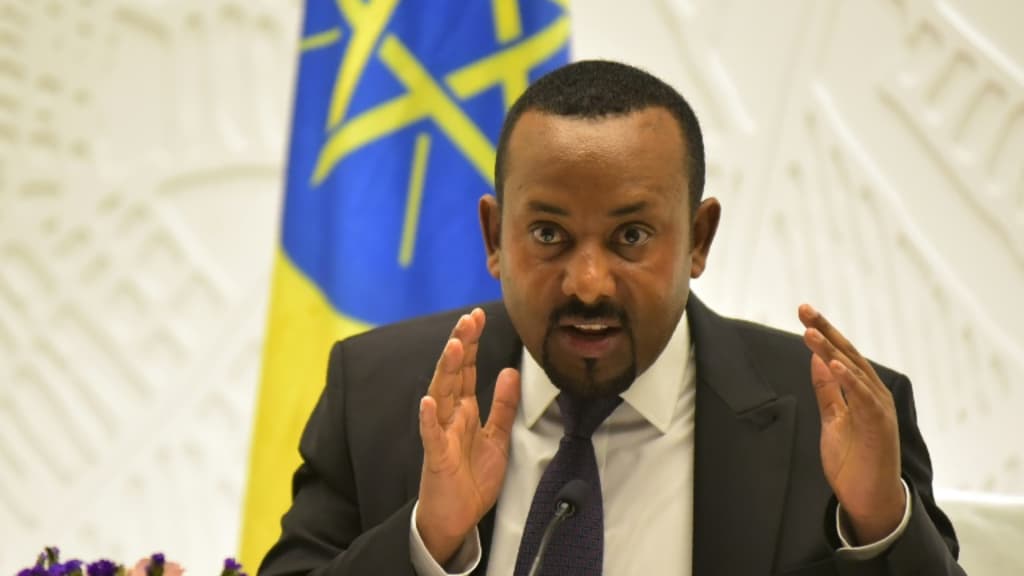 ADDIS ABABA (HAN) May 1. 2021. Public Diplomacy and Regional Stability Initiatives News. Monitoring Regional Issues. OPINION By Alex Bekele. Nothing is more irritating and disappointing to most Ethiopians than to listen to the recent angry diatribe of Prime Minister Abiy in response to the all too human pleading of the Amhara people for protection from sudden and barbaric death. The grievances of millions, expressed in peaceful demonstrations in towns after towns of the region were angrily dismissed as a mere cry in the wilderness, or as a means of struggle the Prime Minister has been all too familiar with, or had scored victories using them, which, therefore, would have zero impact on him. Our Prime Minister is saying to the over thirty million Amharas that no matter how large your number, how loud your cry, how deep your pain, how massive your genocide, and how just your cause are I am not ready to listen to you, to negotiate with you, or to take responsibility for you. Your genocide is designed overseas, assembled inland, and executed by armed groups in the jungles; you cannot blame me for this. If there were anyone to blame go back to the December Army Mutiny of 1960, or to the student movement of the 1960s and 1970s, or to the Ethiopian People Revolutionary Party and the All Ethiopian Socialist Movement of the revolutionary era. All of them are responsible; you blame your past. According to him, he is always the solution, never part of the problem. By way of solution, he says that the key to our decades’ old problems, the road to peace, stability and prosperity, and our path to our redemption is only the coming election. What an affront to the Amhara people. His affront is not limited to the Amhara people though.

In the recent Communiqué he jointly had with his National Security Council, he put the Ethiopian people into three categories. In the first are those who work from abroad to dismantle Ethiopia. The second consists of those Ethiopians inside the country who work consciously and tirelessly to execute the design of those in the first. In the third are those Ethiopians who unwittingly cooperate with these two. The sum of these three parts leaves no Ethiopian truly working for the good of the country, save the Prime Minister and his so-called Prosperity Party. Again the panacea the Prime Minister harps on is the coming election. This forces us to ask curiously, “What is this election?” It is an election that is meant to be carried out under the unrepresentative constitution of the ancient regime, in all its chaotic regions, with all the unruliness of the so-called Special Forces of some of the Kilils, in the wrong time, without an independent election commission, with no independent body to address election complaints, with the poorest logistical and communications infrastructures, under a ruling party that has unfettered access to state resources and all the state apparatus of suppression.

The bitter struggle waged by our people against the TPLF led EPDRF for 27 years was neither against the language they spoke nor the region they came from. It was rather against the system of governance they imposed on us by their governing document—the so-called constitution. It was designed to be an instrument of divide-and-rule, not a means of introducing democracy. It gave us an Ethiopia that is composed of Kilils that are in constant fighting amongst each other. It tolerated Special Forces of Kilils that ended up successfully intimidating the Federal Defense Forces. It made minorities in every Kilil political pariah, and it made big cities, regardless of their huge number and diversity, subordinate to this or that ethnic Kilil. It made Ethiopian citizens of mixed ethnicity and those who do not want to identify themselves with any ethnic group practically stateless. All this meant chronic instability, massive internal dislocation, inability to thwart foreign aggression, and rampant ethnic violence and genocide. This is the turmoil Ethiopia is in only a month from the election, and the Prime Minister is telling the over thirty million Amhara people to shut up and vote. What an empty hubris!

Election is as good as the time it is being carried out. First and foremost, it should be carried out at a time of general consensus on the need for it and its timeliness. Tragically enough, there will not be an election in the Tigray region; all the major parties in Oromia have already boycotted it. Leaders who their people count on are in prison on trumped up charges in the capital. Forget carrying out elections in Benshangul Region, staying safe in one’s own home there has become impossible. I wonder if the people of Amhara Kilil, who were told by the Prime Minister that their peaceful demonstration will not have a scintilla of influence on the government, will believe their vote in this miscarried election will. Thus, this election is essentially a one man show—Abiy’s show. He controls the banks, he controls the tanks, he controls the media, and he runs the show.

No election ever has been so prone to fraud and abuse as ours is this year. Viable candidates are already in prison. Political activists in the Oromia region are being killed and jailed. Amhara activists are already being hunted everywhere. Registration cards are being earnestly distributed to people who are believed to be fans of the ruling party, and denied with flimsy excuses to those suspected of voting against it.

And you have nowhere to appeal. An election is as fair and free as the independence of the election commission. The phantom Board of Election Bertukan Medeksa presides over is the rubber stamp of the Prime Minister. You may go to court to get a redress for your election related complaints in a court system that has been fatally enfeebled by Meaza Ashenafi—the other poodle of the Prime Minister. In serious elections not only will you have a fully independent election commission, but also another independent body whose task is to look into the election related complaints of citizens and opposition party representatives.

The other problem is campaign money and access to media. The ruling party is using the state’s coffer as its own. The state run media are not only fully accessible to it, but it also filters out anything considered harmful to its chance of success. All the other parties beg for the generosity of the ruling party for those public resources.

This is the Election our mindless Prime Minister wants us to believe to be the key for all our age-old problems. Never mind the constitution, the Kilil, and the Special forces, that had been the sources of all your misery and pain for the last thirty years; never mind you basically don’t agree on anything; never mind the largest part of the country is disenchanted with the process; never mind the ruling party had jailed all the most serious contestants in the election; never mind there is no level playing field; never mind the inchoate election institution are in the stranglehold of Prosperity Party; disregard all the chaos, genocide, fratricidal war, and foreign aggression around you; ignore all the ruling party’s monopoly of power and resource, and vote, is what our Prime Minister telling us. He is warning us that we are too poor to ask for any freedom of expression or to demand our most basic human rights—the right to life and the protection of the law, at least within the confines of our own domicile.

Of course elections have three parts: the pre-election processes, the election itself, and the post election outcome. I have said enough about the pre-election processes. I do not think it is too early to predict what Election Day will look like. As we all know, some candidates in some parts of the country were recently assassinated in broad daylight, and no one was brought to justice for the crime. This is a harbinger of what is going to happen on Election Day—more violence, more killings. The crude and shameless level of fraud reported on the distribution of registration cards are ample warnings of massive ballot damping and ballot stuffing come Election Day. Add to this the poor logistical and communications infrastructure of the country, you have the perfect recipe for a fraud by the dominant party which is hell-bent to have this election and win it at any cost.

What is the post election outcome? You don’t have to be a professional pollster to predict Abiy and his party will win, maybe by our traditional election victory of 100%. The problem for him is that the legitimacy that is gained by the winning party from an election is directly proportional to the enthusiasm and participation of the electorate. Of all the sham elections our country has had this one has inspired the weakest enthusiasm and the least participation. Hence it gives the weakest mandate and least legitimacy to the winner. More are left outside of the tent, and they will continue to be sources of instability, and a never ending opposition. The kind of mass demonstrations and civil disobedience carried out by the Amhara people will be rampant in other regions as well, forcing, at least, a scintilla of pressure on our foolhardy Prime Minister. Or, maybe, they will crash his regime down before he feels the pressure, as the story of the frog not feeling the boiling water until it was way too late goes. Then, this fetish of an election will no longer be there as a magic wand to cure all our malaise of bad governance.