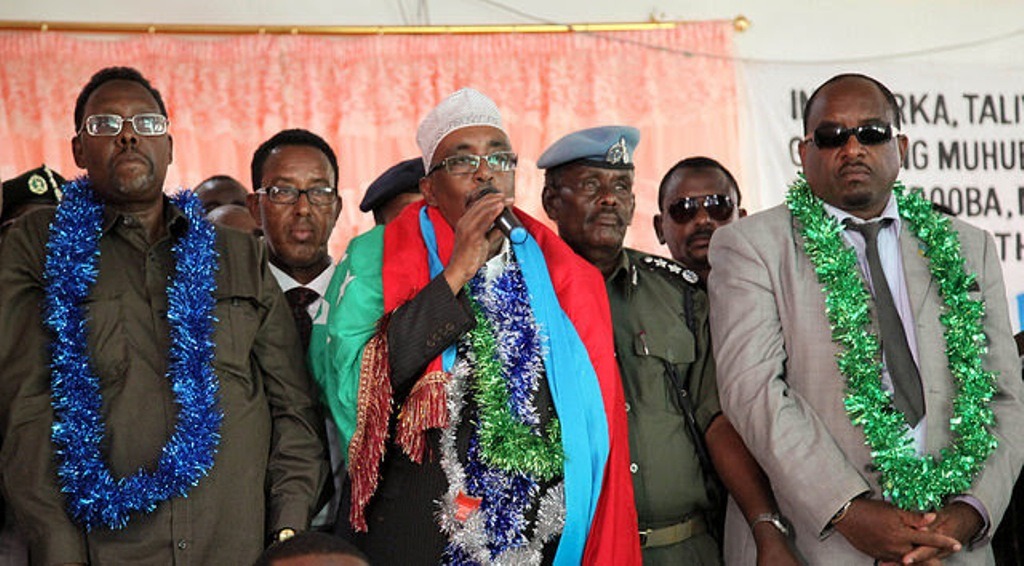 Addis Ababa (HAN) November 20, 2014 – Public diplomacy and Regional Security and safety news. The Special Representative of the Chairperson of the African Union Commission (SRCC) for Somalia, Ambassador Maman S. Sidikou expressed his satisfaction, the formation of the Interim Southwest Administration in Somalia, and the subsequent election of Sharif Hassan Sheikh Adan as a regional president. Ambassador Sidikou expressed his satisfaction that the people of Southwestern Somalia had joined hands and elected Sharif Hassan Sheikh Adan. He said this was a positive demonstration of the people for attainment of peace and stability in Somalia.

The Special Representative also applauded AMISOM forces in Somalia for providing the key enabling conditions for the election and the reconciliation conference. Ambassador Sidikou added that this offered a new era of hope for the people of this Interim Southwest Administration, which comprises the three regions of Bay, Bakool and Lower Shabelle.

A press release issued by AMISOM noted that delegates from the three regions had been meeting in Baidoa in a reconciliation conference endorsed by the national government and supported by various regional and international partners.

It said that the conference was part of a number of activities to help establish an inclusive administration that would embody the ongoing stabilization efforts in Somalia. It added that 373 of the 396 396 delegates on Monday (November 17) had elected former parliamentary speaker, Sharif Hassan Sheikh Adan, as the Interim Southwest Administration’s leader for a period of 4 years

Photo: AMISOM Welcomes the Formation of an Interim Southwest Administration