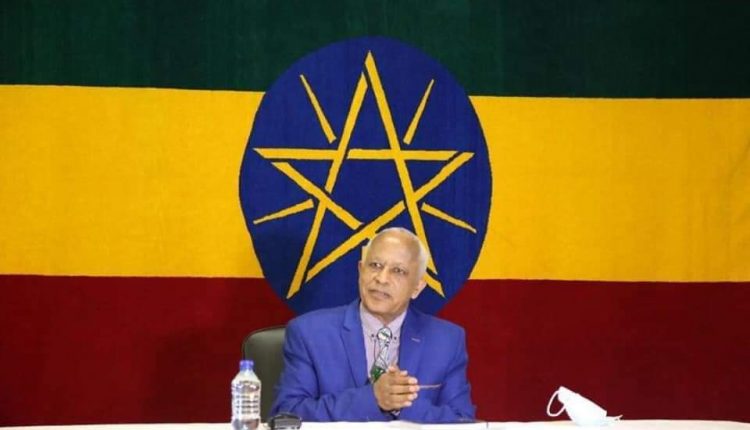 His briefing covered a wide range of issues pertaining to the situations in the northern region of Tigray, the state of negotiation on the Grand Ethiopian Renaissance Dam (GERD), the Ethio-Sudan border issue, the upcoming 6th general elections, and the bilateral relations between Ethiopia and the Russian Federation.

Regarding Tigray, he has highlighted the efforts of the Federal government in bringing the security into normalcy and accelerating humanitarian assistance to people in need in the region.

He has also mentioned the activities of the government in the areas of supplying farm tools, seeds, fertilizers for the farmers, the provision of shelters to the internally displaced persons (IDPs), and making medicines available to health institutions in the region.

The Ambassador has also  pointed out that the AU-led negotiation is the only way to solve the impass on the GERD issue.

He expressed Ethiopia amicable position to address the border issue with Sudan through peaceful negotiation by  using the existing mechanisms.

The ambassador said Sudanese military forces have to withdraw from the Ethiopian territory they occupied by force and go back to where they were before November 2020.

Talking about the upcoming 6th general elections in Ethiopia, he said that the  government has made a lot of efforts to make the election free, fair, democratic and the credible.

The legitimacy of election will not come from the outside observers, but  the laws and institutions of the land and the people of Ethiopia  themselves are the ones to do so, he added.

He underscored that Ethiopia and the Russian Federation have a long history of diplomatic relationship which is getting more stronger at the moment than ever before.

After the press briefing by the ambassador, the Ethiopian Embassy in collaboration with Amicability Diplomatic Club held a cultural event where shown.