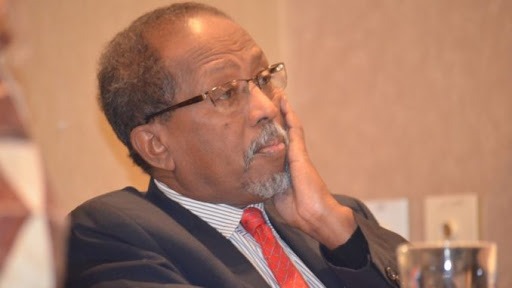 JIGJIGA – Former Somali Prime Minister Ali Khalif Galayr has passed away in Jigjiga, the capital of the Somali Regional State of Ethiopia on Thursday. He was 78 years old.
Mr. Galeyd previously served as Prime Minister of the transitional government of Somalia in 2000, as well as the Leader of Khatumo State, once established in Sool and Sanaag regions.

He was born in October 1941 in Las Anod, Sool region, Somalia.

He graduated with honors in 1965, with a Bachelor of Arts in Political Science. From 1967 to 1969, Galaydh attended the Maxwell School of Citizenship and Public Affairs at Syracuse University.

Also received a Master of Public Administration (M.P.A) and finished all the requirements for a Ph.D. Galaydh later wrote and defended his dissertation in 1971 and 1972.

Between 1982 and 1987, he was a fellow at the Weatherhead Center for International Affairs and a fellow for Middle Eastern Studies at Harvard University.