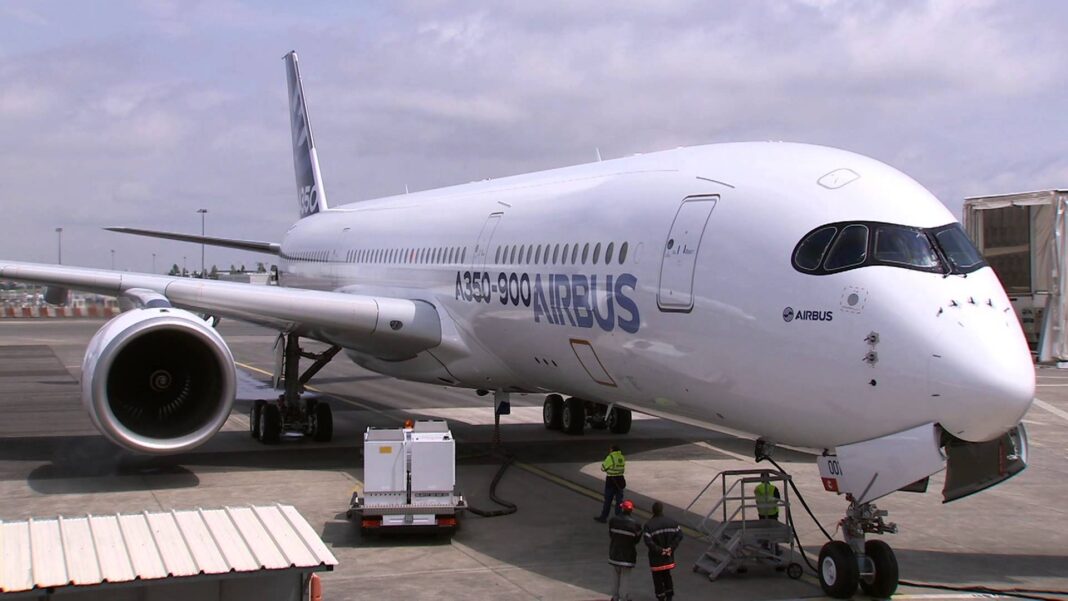 Officials of Ethiopian Airlines told The Reporter that the state-of-the-art jetliner will take off from the Addis Ababa Bole International Airport and conduct a one hour demonstration flight having on board executives of the airline, board members of the airline, officials of the Ministry of Transport, the Ethiopian Civil Aviation Authority and the Ethiopian Airports Enterprise. The aircraft will be flown by test pilots of Airbus. An Airbus marketing and technical team lead by Francois Cognard, vice president of sales for Middle East and North Africa, is also expected to make a briefing.

The A350XWB aircraft was certified by the European Aviation Safety Agency (EASA) and the US Federal Aviation Administration (FAA). Qatar Airways is the launch customer of the new jetliner. Ethiopian Airlines is the first carrier from Sub Saharan Africa to acquire the A350 aircraft.

The management of Ethiopian Airlines placed firm orders for the purchase of 12 Airbus A350-900 aircraft in 2009. The order was confirmed at the 2009 Dubai Air show. The total listed price of the 12 A350s is 2.9 billion dollars.

Ethiopian has leased two more A350s that will arrive in Addis Ababa in May and June next year. Ethiopian, which is a reliable customer of Boeing for over six decades, ordered Airbus aircraft for the first time. The national flag carrier operates an all-Boeing long-haul fleet. The airline operates 73 aircraft including 13 Boeing B787-8 Dreamliner aircraft. The airline recently bought additional six Dreamliners.

“I can confirm that Airbus is on schedule to begin delivering A350s to Ethiopian Airlines from 2016. The aircraft will be delivered with a complete training and support package, including engineering and pilot training,” Linden Birns, spokesman of Airbus in Sub-Sahara Africa, told The Reporter.

In addition, Airbus will deploy technical representatives to Addis Ababa to provide customer field support to the airline, according to Linden.

Tewolde Gebremariam, Ethiopian CEO, told The Reporter that he hopes that the A350 will deliver all what was promised by Airbus when Ethiopian placed the order. “The fleet will play an important role in our fast, profitable and sustainable growth strategy. The airplane’s seat capacity will be slightly bigger than our B-777-200LR fleet but it will have shorter range. We expect quantifiable unit operating cost reduction. It will have an amazing cabin interior features for our customers. Hence, we are looking forward to take delivery and operate it in our system in 2016,” Tewolde said.