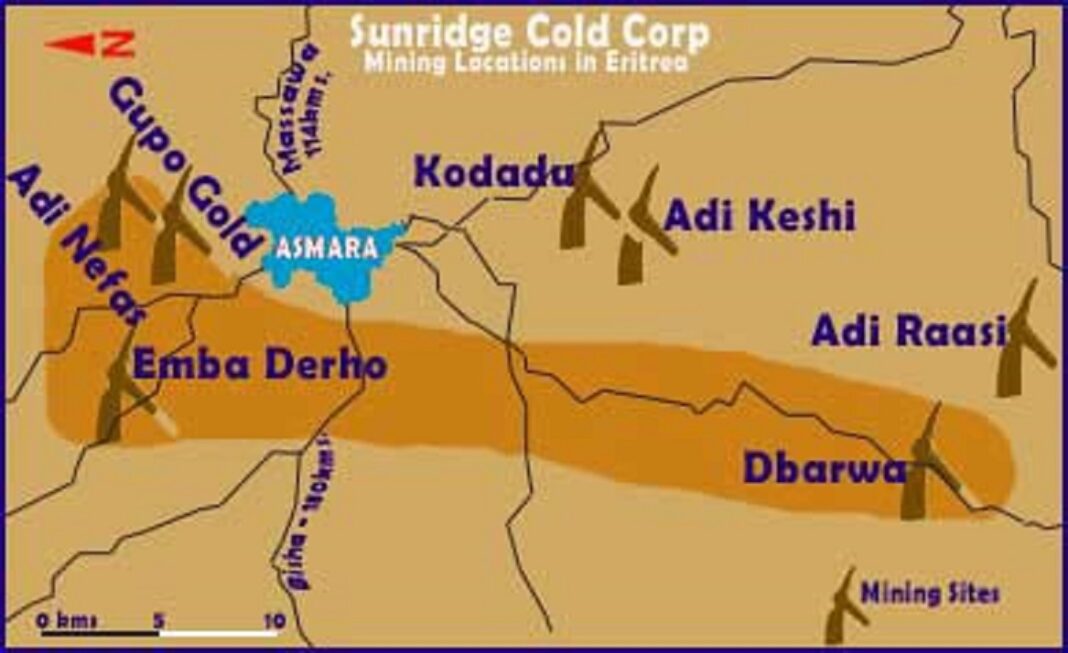 The Ethiopian Spokesperson of the Ministry of Foreign Affairs, Tewolde Mulugeta, rejected to comment such reports, while Ethiopian military sources confirmed to the media.

According to the official, the airstrikes were conducted separately in two key targets, at a gold mine processing facility, near the capital Asmara and a military depot in Southern AkaleGuzai, Mai Edaga.

Photo: Spokesperson for the Ethiopian foreign ministry Tewolde Muluget with Gold Mine map in Eritrea