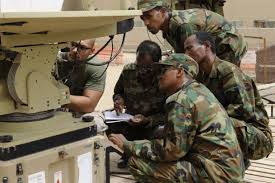 Addis Ababa (HAN) August 18, 2015 – Public Diplomacy and Regional weekly Security Initiatives update. The official reports that are coming from Masagawaye area in Galgadud region in central Somalia say that Ethiopian troops who are part of AMISION (the African Union Mission in Somalia)air bombarded Al-shabaab bases in central Somalia on Monday night. According to the local radio reports in the region:

“Generally the planes were attacking Al-shabaab cars mounted with heavy machine-guns coming down to Masagaway and from Galcad location in the region, and in half way at a location called Gadoon 3 of these vehicles were completely destroyed, surely they were heavy casualties of death and injuries which Al-shabaab fighters have faced in the airstrike, but we cannot know exactly how much it is”

The local source coming from central Somalia said Al-shabaab fighters who reached at the scene of the incident have cordoned off the area and denied the local Somalis in the area to go through, to avoid any intelligence access and counter-reports to explain the damages done by the Ethiopian air force power in the region.
It is an official that, there were several Al-Shabaab members and senior leaders who have been killed in airstrikes carried out by either the Kenyan air-force, Ethiopian air-force or the American drones flying across the Central and southern Somalia.