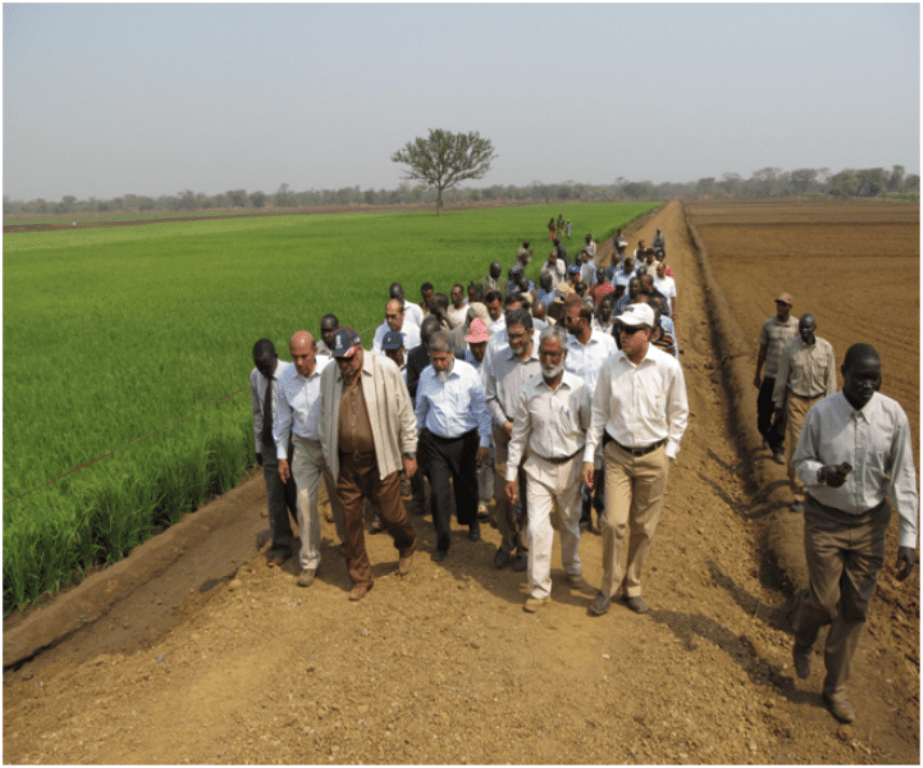 Addis Ababa (HAN) December 4, 2014. Agricultural diplomacy and National Investment  news. The Ethiopian new government has recently set up the Agricultural Investment Support outfit to deal with land lease and related issues. The director of that agency on 29 July told Reuter in Addis Ababa of the marking of 1.6 ha of land “for investors willing to develop commercial farms.” Ethiopia is so much after more deals now that it has put into its farmlands offers many attractive goodies.

Ethiopia: Government believes that agricultural land in Ethiopian states of Oromio, Gambela and Harar states were not getting proper value and protection.

Government believes that agricultural land in Ethiopian states of Oromio, Gambela and Harar states were not getting proper value and protection.

Saudi Star Agricultural Development PLC, an Ethiopian company owned by billionaire Mohammad al-Amoudi, said it plans to invest $100 million in a rice farm in western Ethiopia next year to kick-start the stalled project.

A version of this article appeared in the print edition of The Daily Star on December 04, 2014, on page 5

The company leased 10,000 hectares in the Abobo district in the Gambella region, where it’s based, in 2008 and bought the 4,000-hectare Abobo Agricultural Development Enterprise from the government 18 months ago for 80 million birr ($4 million).

After delays caused by unsuitable irrigation design and contractor performance issues, Saudi Star wants to accelerate work in 2015 after a change of management, a redesign of the farm and a successful trial of rain-fed rice on 2,000 hectares at the formerly government-owned operation, Chief Executive Officer Jemal Ahmad said by phone.

“We have a very aggressive plan,” he said on Nov. 26 from Jimma, about 260 kilometers southwest of the Ethiopian capital, Addis Ababa. “If we’re able to do that we’ll be able to produce more.”

The project is part of a government plan formalized in 2010 to establish commercial farms on 3.3 million hectares of fertile land in sparsely populated parts of the country such as Gambella. Ethiopia expected to earn $6.6 billion a year from agriculture exports in 2015, according to a five-year economic plan published in 2010, though total goods exports last fiscal year brought in $3.3 billion.

Prime Minister Hailemariam Desalegn said in October 2013 that progress on the program had been “very slow.”

Ethiopia-born Amoudi is worth $8.1 billion, according to the Bloomberg Billionaires Index, which ranks him as the world’s 157th richest person. His company built underground oil-storage facilities in Saudi Arabia and he owns Preem AB, Sweden’s largest crude oil refiner.

Amoudi is increasingly investing in formerly government-owned farms in Ethiopia, a nation where companies under his Midroc group operate the only commercial gold mine and built the largest cement plant in 2011.

Saudi Star’s $100 million investment will focus primarily on building irrigation infrastructure, including finishing the main canal from the more than 25-year-old Alwero Dam built by Soviet engineers, as well as a rice dehusking plant, storage silos and land clearing, according to Jemal.

An initial plan to have the farm divided into 3.75-hectare plots to produce rice from submerged paddy fields has been shelved as unworkable, he said. Only 350 hectares has been developed since 2008 on the land leased for 300,000 Ethiopian birr a year.

“It was not environmentally and economically viable, that’s why they were struggling, so we stopped that,” Jemal said. “We want to make it large-scale flood irrigation, not small ponds.”

Saudi Star’s revenue is forecast to be about $60 million in 2016 once the irrigation system is developed, with 60 percent of the aromatic rice exported mainly to Arab nations on the Arab Gulf, Jemal said.

Hampering current harvesting are late rains and, for two days in October, unrest in Abobo town after violence between ethnic Anuak, who are indigenous to Gambella, and other Ethiopians. The company has Ethiopian soldiers guarding its compound and about 100 stationed nearby. Two Pakistanis and three Ethiopians employed by Ghulam Rasool & Co., a closely held Pakistani engineering company building the irrigation canal, died in April 2012 after an attack by a group of gunmen.

The government has “taken care” of security issues, farm manager Bedilu Abera said while seated in one of the air-conditioned trailers that are now Saudi Star’s headquarters after they were moved from Addis Ababa.

Anywaa Survival Organization, a Reading, U.K.-based rights group, said in an Oct. 14 statement that land leases in Gambella have fueled conflict. “The rush for land, water and other essential natural resources has become a curse for indigenous and minority peoples who barely have legal protection and redress.”

Some local residents complain they’ve not benefited from the investment and that they suffer collective punishment by the military.

“They used to kill people from the village,” Akea Ojullo, a 27-year old teacher, said in a Nov. 23 interview in Perbong village.

“It got worse after the attack on Saudi Star,” he said.

The company plans to work with local residents by investing in workers, distributing rice and plowing land for them. “We know we’re creating job opportunities, transforming skills, training local indigenous Anuak, but there’s a campaign to have people perceive it as a wrong project,” Jemal said.

The farm still has the backing of officials, even though progress has been slow, Jemal said.

“The government wants the project to be a success and see more Gambella people be able to work and produce more,” he said. “That’s the big hope.”

“We are not disappointed about the operation because we know that agricultural operations are very difficult,” he said.

“We are giving them time in order to correct every mistake, overcome every obstacle, every challenge they face,” he added.