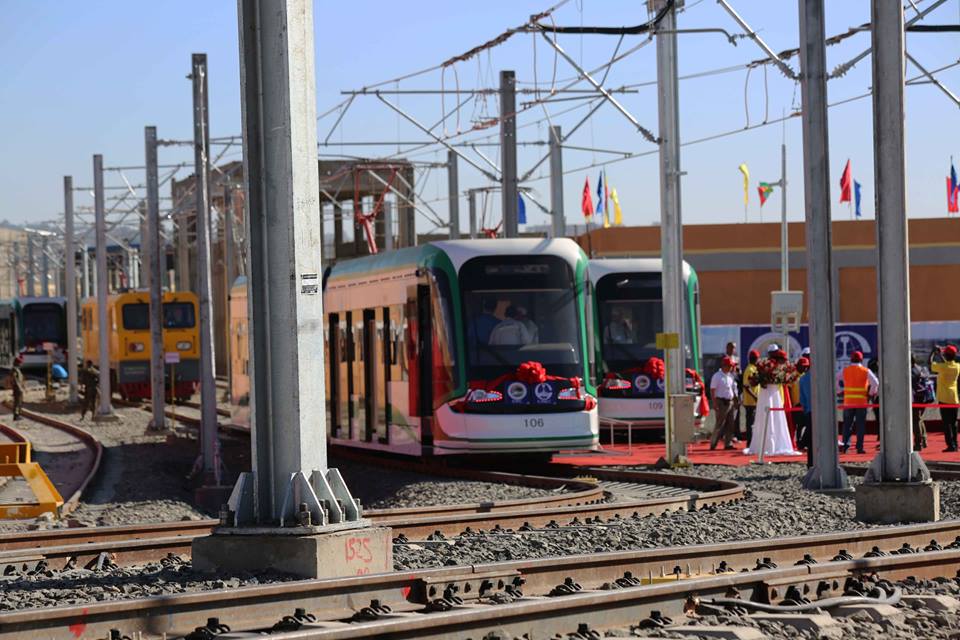 Prime Minister Hailemariam laid the cornerstone for the opening of construction of the 375 kilometers Awash-Kombolcha-Woldia-Hara Gebeya Railway Project  in Kombolcha.

A week earlier, the Prime Minister also laid the foundation for the Mekelle-Hara Gebeya–Woldia railway project, which will link the North and North East of the country to the new port of Tadjourah port being constructed in Djibouti. That 220 kilometer link will be constructed by the China Communication Company at a cost of US$1.5 billion.

The Awash-Kombolcha-Woldia-Hara Gebeya link is to be built by Yapi Merkezi, a company based in Turkey, and will be finalized within three and half years.

Transport Minister, Workneh Gebeyehu, said the cost will be US$1.7 billion. Trains will run at 120 kilometers an hour and the line is expected to transport 750,000 passengers and 8.5 million tons of goods a year. The Prime Minister said the 1,500 kilometers of railway now being built in Ethiopia, including the new line from Djibouti to Addis Ababa, makes the country one of the leading countries in Africa in railway transport.

He underlined that as the railways use renewable energy sources they will play a significant role in reducing environmental pollution and fuel expenditure as well as improving mobility of goods and people.