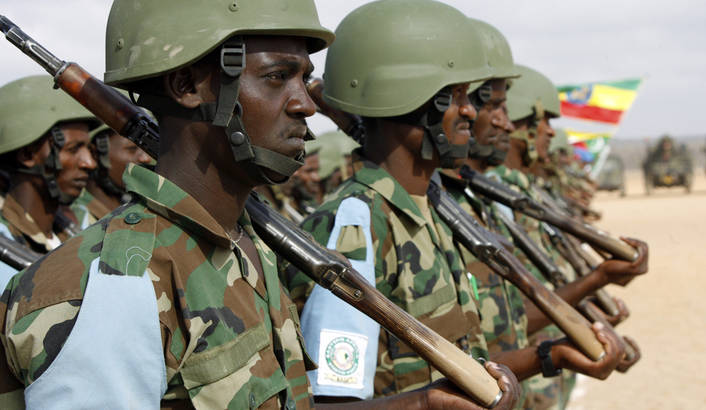 The force was created for immediate and effective responses to crises arising in Africa. It seeks to curb reliance on foreign powers whose forces are deployed in Africa’s conflict zones.

Some African countries, mainly Zimbabwe, had been opposing European Union and other foreign power’s military interventions in Africa to stop it’s mushrooming conflicts.

The ASF will always be ready for deployment anywhere on the continent at short notice.

The rapid reaction force would be deployed to trouble spots around Africa up on request by a member states in order to restore peace and security. Parts of ASF’s mission reportedly include monitoring, observation and peace making and peace building support in post-conflict disarmament, demobilization and humanitarian assistance missions.

AU officials say ASF, the most critical component of the African Peace and Security Architecture will swiftly intervene in a member state if the 54-member body believes there are grave conflict circumstances with possible war crimes, genocide and other crimes against humanity.

The unified force, AU military experts told Sudan Tribune, would require an estimated up to $1 billion to finance its effective operation, which currently lacks critical funding.

ASF will depend almost entirely on development partners for funding as African countries are incapable to finance the unified force. Currently, the first round ASF military exercise is ongoing in South Africa and will continue until 5 November.

The operation is intended to evaluate the force’s readiness to respond to crises and monitor peacekeeping missions.