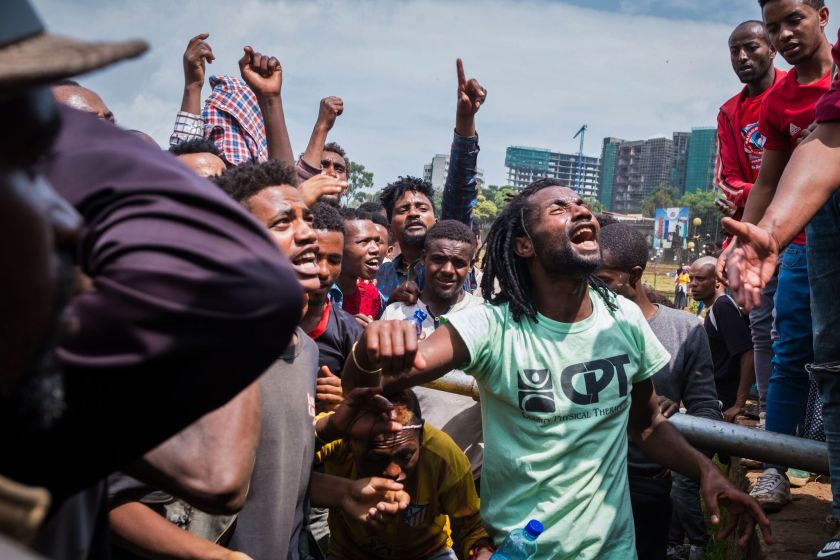 The killings in Ethiopia’s western region of Benishangul-Gumuz started on Sept. 6 and followed similar attacks by militiamen over the past months, Dessalegn Chanie, a spokesman of the NaMA party, said by phone on Thursday. Some victims were forcefully taken to a school and shot, while others were attacked with spears, Dessalegn said, citing a hospitalized survivor.

The state-controlled Human Rights Commission said in a statement it was “deeply concerned” by the security situation in the region. The regional authorities should open investigations into the killings, it said.

Ethiopia has be rocked by deadly clashes as a push by Prime Minister Abiy Ahmed for reforms fueled political tensions. The looming changes have partly stocked regional factionalism and awakened previously suppressed rivalries among ethnic communities.

The “sporadic security incidents” are “perpetrated by groups aimed at overturning the reforms journey,” Abiy said Thursday on his Twitter account. “A special operation will be activated to hold accountable all perpetrators with the oversight of the Attorney General.”

The violence comes after deadly protests in June, following the killing of prominent singer Hachalu Hundessa in June. About 200 people were killed and the government has since arrested 9,000 people, according to the nation’s rights commission.