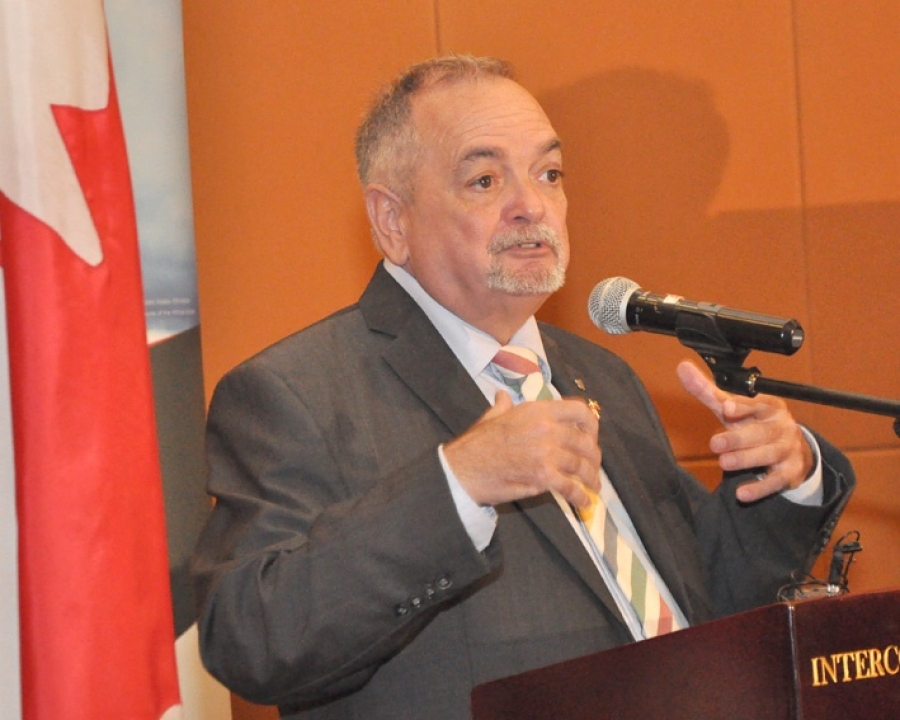 State Minister for Business and Diaspora Affairs of the Ministry of Foreign Affairs of Ethiopia,  Mr Regasa Kefale, addressing the participants of the forum from both stated, “Ethiopia and Canada enjoy more than half a century long historic relations”, whose golden jubilee was colorfully celebrated in 2015 in Ethiopia as well as in Canada. He further emphasized the “need to translate this link to foster Ethio-Canadian all rounded cooperation and further enhance economic and business ties” between businesses and governments of the two countries. He has reiterated the importance of Ethiopia to Canadian business interests as it is “the gateway to Africa, a political capital of the continent and a member of important regional trade groupings such as the Common Market for Eastern and Southern Africa (COMESA).” As such, he stated, “Ethiopia presents strong internal market opportunities to Canadian investors and businesses” that mainly emanates from the population potential of Ethiopia being the second populous country in Africa. This spectacular potential is being constantly bolstered by the various regional interconnection projects currently being undertaken, he added.

The Ethio-Canadian Business Forum was concluded later today after an elaborated panel discussion on the nature and types of business and investment opportunities currently present in Ethiopia for Canadian investors with an interest to do business in Ethiopia and a subsequent networking of Ethiopian as well as Canadian businesses and investors.