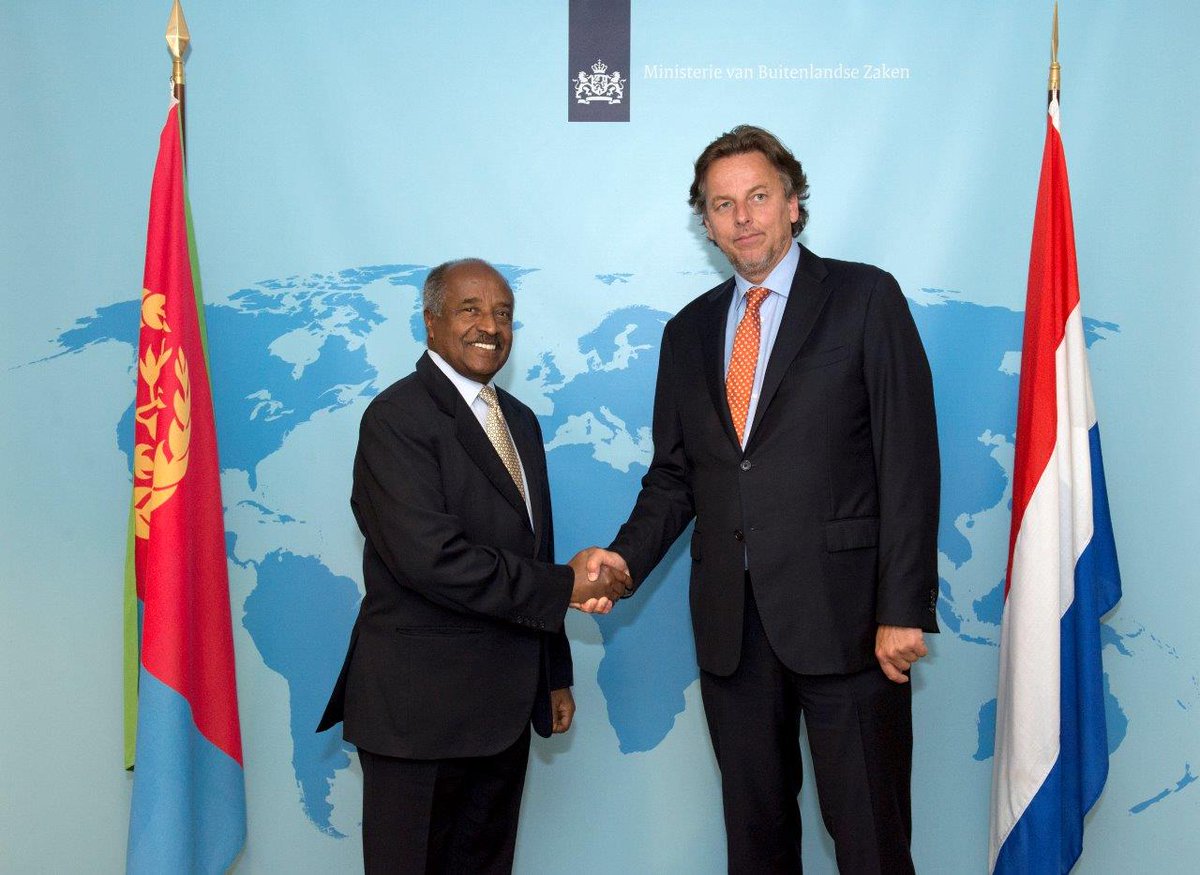 In the meeting, Mr. Osman underlined that Eritrea believes and is working to develop constructive diplomatic engagement and mutual cooperation. He further called on the European Union to play due role in the task of seeing to it that Ethiopia withdraws without pre-condition from sovereign Eritrean territories that it has occupied, as well as the lifting of the illegal and unjust sanctions against Eritrea and stopping the fabricated anti-Eritrea allegation in the name of “human rights”.

Mr. Bert Koenders said that he fully understands Eritrea’s complaints and expressed his country’s readiness to establish and strengthen relations with Eritrea. The two sides also agreed to work in cooperation against illegal human trafficking.