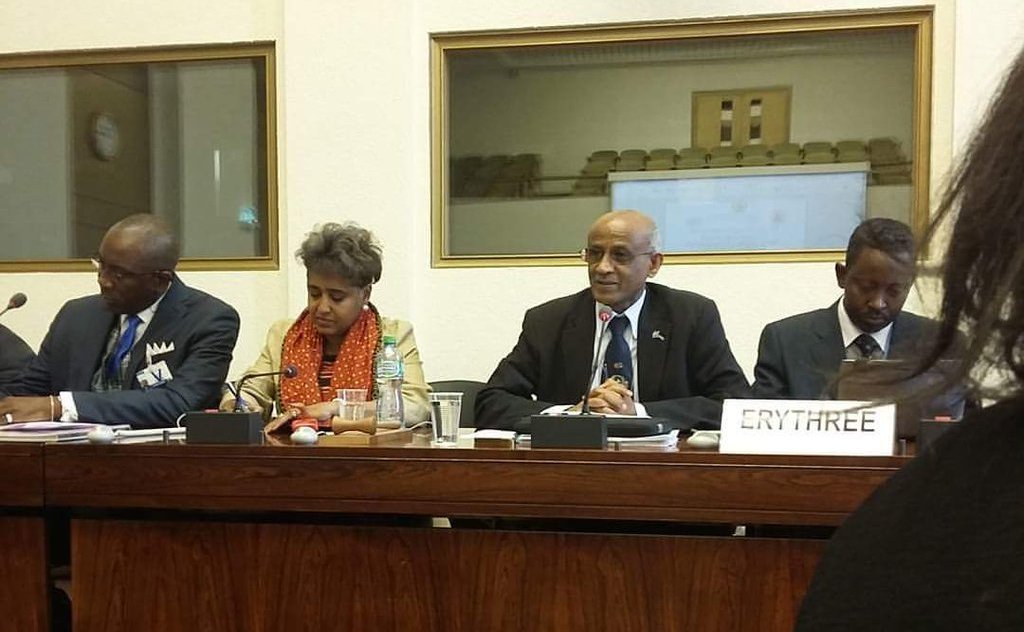 Share on Facebook
Tweet on Twitter
Press Statement by Permanent Mission of Eritrea to the United Nations.
A side event was held in Geneva at the Palais des Nations on the occasion of the 31st Session of the Human Rights Council on the role of Eritrean woman in development, gender equality and empowerment.

The background introduction and the presentations of the issue outlined the challenges of nation building and the efforts made to maintain the achievements of the liberation struggle in women equality and empowerment. The event also highlighted the successful development partnership between the Government of Eritrea, the UN country Team in the country and the National Union of Eritrean Women (NUEW).

A photographic exhibition and a video presentation also depicted chronicled the Eritrean woman and her role in Eritrean society, including the armed struggle.

The participants gave their reflections and comments and the event concluded with the following recommendations: