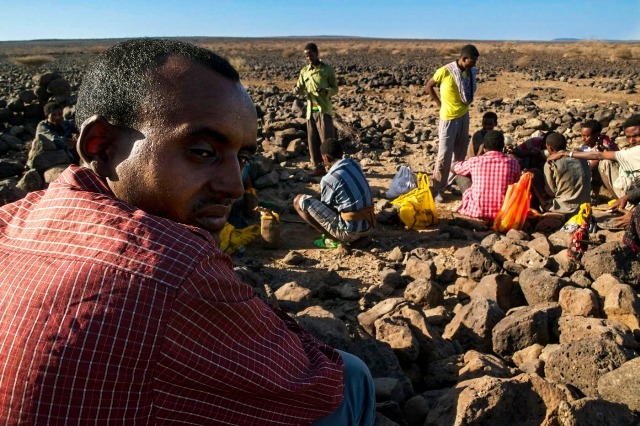 Djibouti (HAN) April 16, 2014 , Djibouti and neighboring Eritrea have twice engaged in border conflicts. In April 1996, they almost went to war after a Djiboutian official accused Eritrea of shelling the town of Ras Doumeira.

The United Nations Special Rapporteur on the situation of human rights in Eritrea, Sheila B. Keetharuth, today hailed the release of all Eritrean refugees and asylum seekers, some of whom had been held in detention for more than five years at the Nagad Police Academy in Djibouti. 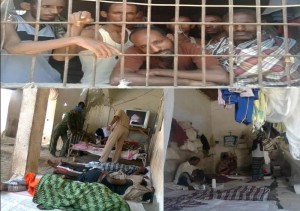 UNHCR confirmed the release of 266 Eritreans previously detained at the Nagad police academy in Djibouti. The Nagad Detention Facility primarily held undocumented immigrants and was not part of the prison system in the East African country, according to the US State Department.

Following joint efforts by the UN Human Rights Office (OHCHR), the UN Refugee Agency (UNHCR) and civil society actors, the Djiboutian Government agreed on Sunday, 13 April 2014, to set free all Eritrean refugees and asylum seekers. The Eritrean Prisoners of War were not included under this measure.
The Ali Addeh Refugee Camp is located 170km from the capital of Djibouti and is currently hosting an estimate of 18,000 refugees mainly from Ethiopia, Eritrea and Somalia. The refugee camp is divided into 8 sections, each with an average of 2,000 refugees, with refugees from Somalia being the majority.

It was thanks to her resilience, dedication and campaigning that the issue drew the attention of the wider public and media which lead to the release of the prisoners.

Ms Elsa Chyrum spent several days on hunger strike in front of the UNHCR headquarters in Geneva in March.

The Eritrean prisoners were seized during a three-day border conflict between Eritrea and Djibouti in 2008, Djibouti’s presidential adviser Najib Ali Tahi told Anadolu Agency on Monday.

“I welcome the Government of Djibouti’s decision to relocate 266 Eritreans to the UNHCR administered refugee camp in Ali Addeh in the south of the country, some of whom I met during my mission to Djibouti in 2013” Ms. Keetharuth said.

Meanwhile, The Special Rapporteur expressed great concern about rampant human rights violations in Eritrea which caused hundreds of thousands to leave their country for an unknown and precarious future.

“I reiterate my call on the international community to grant at least temporary refuge or protection to the more than 300,000 Eritrean refugees and asylum seekers, in line with their obligations under international refugee and human rights law,” Ms. Keetharuth stressed.