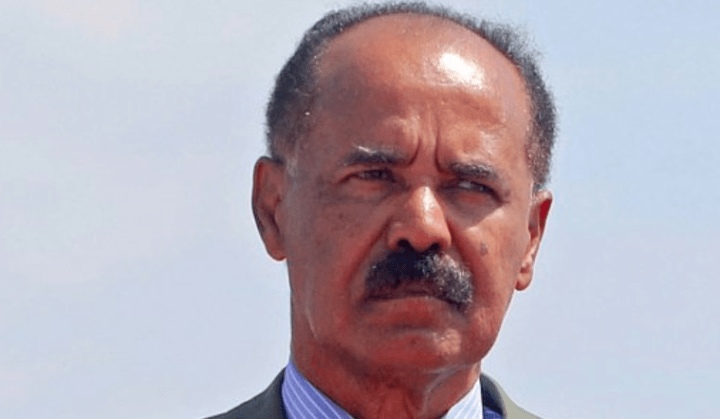 Eritrean President Isaias Afwerki and seven other senior officials have been accused of crimes against humanity by a press freedom group for detaining a Swedish journalist, Dawit Isaak, for almost two decades.

Reporters Without Borders filed the complaint in Sweden and is calling for a “serious criminal investigation” into the torture, abduction and enforced disappearance of Isaak, who was arrested in 2001 when he returned to the Horn of African nation to run a newspaper. He holds dual Eritrean and Swedish nationality.

The move is “too preposterous and ludicrous to merit response,” Yemane Gebremeskel, Eritrea’s minister of information, said in a phone message.

Afwerki has been president of Eritrea since the country secured independence from Ethiopia in 1993. The country has no free press, and ranks 178th out of 180 countries on a World Press Freedom Index compiled by Reporters Without Borders, ahead of only North Korea and Turkmenistan.

“Justice in Eritrea will not progress as long as these persons are able to act with complete impunity and no attempt is made to convict them by the countries that can,” lawyer and Nobel Peace Prize laureate Shirin Ebadi, one of the complaint’s signatories, said in a statement on Wednesday.