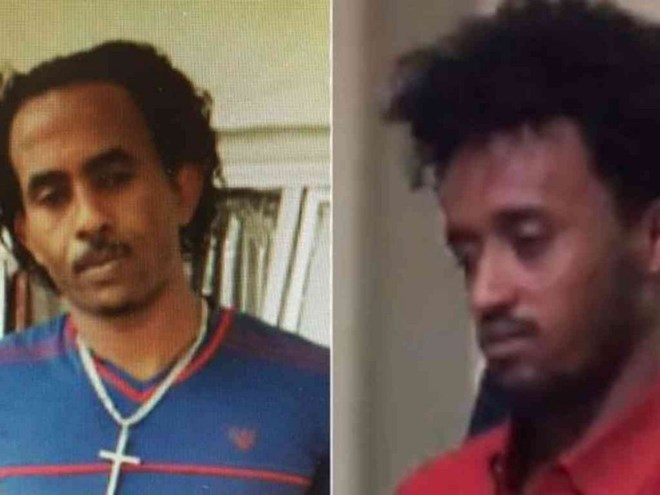 ROME (HAN) June 9.2016. Public Diplomacy & Regional Security News. By Crispian Balmer. An Eritrean man extradited to Italy from Sudan this week and accused of being a human-trafficking boss has denied the allegation and says he is the victim of mistaken identity, his lawyer said on Friday.

If confirmed, it would be a huge blow to Italy and Britain, which had combined forces to track down alleged trafficker Medhane Yehdego Mered and had hailed his deportation from Sudan as a rare victory in the fight against people smuggling.

However, when photographs of the detained man were released after his arrival in Rome on Wednesday, family and friends said he was an Eritrean refugee named Medhanie Tesfamariam Berhe.

Italian magistrates interviewed the suspect for the first time on Friday in front of his lawyer, Michele Calantropo.

“My client has denied all the allegations and says he is not the person in question,” Calantropo told reporters outside the Rome jail where the interrogation took place.

“He is another man … and doesn’t understand the meaning of this arrest,” he said, adding that Berhe was a simple carpenter.

Italian magistrates and the British National Crime Agency, which played a central role in the operation to seize Mered, have said they are looking into claims they got the wrong man.

Mered, nicknamed “the General”, had been heard on intercepted telephone calls boasting about cramming more people onto rickety boats to make the dangerous crossing from Libya to Italy than other traffickers did, prosecutors have said.

A legal source, who declined to be named, said Italian and British investigators had given the Sudanese authorities precise information about the mobile phone Mered was using and believed the arrested man had been in possession of the phone.

However, Italian authorities did not have any access to him in Sudan following his arrest on May 24, the source said.

Palermo Chief Prosecutor Francesco Lo Voi has played a central role in the Mered investigation, but he has distanced himself from the arrest operation.

“The arrest, delivery and extradition to Italy were officially communicated by the National Crime Agency and Sudan authorities through Interpol,” he told Ansa news agency.

Calantropo said his client did not say why or when he was arrested. “He didn’t explain that to me. We are still waiting for the paperwork from Sudan,” he said.

The detained man will remain in jail until the Italian investigators have fully established his identity, the legal source said, declining to speculate how long that might take.