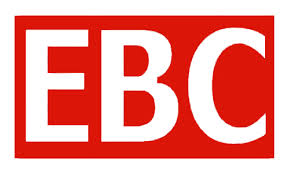 Mohammed Idris, a member of the ruling People’s Front for Democracy and Justice (PFDJ), had served with Eritrea’s diplomatic mission in Addis Ababa for the past five years, the(EBC) said in a report.

“A people that for a long time fought for justice and freedom are now being subjected to injustice,” Mohammed told the outlet on Tuesday. “This forced me to take this decision.”

Rights groups and critics accuse Eritreaof rights abuses, including imposing indefinite military service with poor pay. Many of those fleeing the country, which won independence from Ethiopia in 1993 after a 30-year war, say they are escaping conscription.

Eritrean officials could not immediately be reached to comment on the case of Idris. But the government in Asmara routinely denies charges of rights abuses and has in the past blamed lengthy military service on an unresolved border dispute with Ethiopia.

In February, an interim report of a UN inquiry said Eritrea was ignoring human rights laws and exerting pervasive state control and ruthless repression on its population.

Humanitarian groups say Eritreans make up the second-largest group of migrants to reach Italy by boat after Syrians, often braving the perilous crossing of the Mediterranean on rickety, overcrowded boats that claimed around 3 000 lives last year

Eritrea wants Ethiopia to pull its troops out from disputed territory before normalising ties, citing a decision by a Hague-based boundary commission which awarded the village of Badme to Eritrea in 2002. Ethiopia says the row over border demarcation can only be resolved through a negotiated settlement.